Are the voice assistants spying on us? 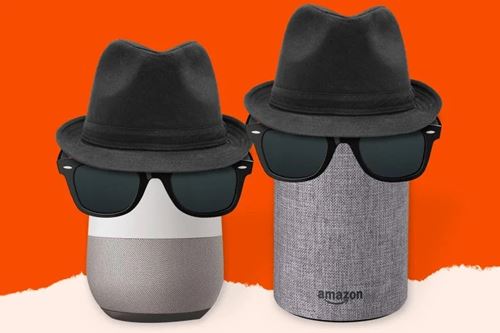 During this year, three publications have sounded the alarm about the fact that our voice-activated personal assistants (Alexa, Siri, Google Home, Google Assistant) are spying on us by employees of subcontracting companies, who listen to some of our interactions, as part of a quality control process.

Not only are they in your home, your room, your office, your car, but they are also in our smart TVs, connected watches, smartphones, headphones and even in our microwave ovens and refrigerators. Voice Assistants, which allow us to get information simply by using our voice, are a must.

That doesn’t make them bad, but it does mean it’s absolutely vital to know all the associated risks. You know not to give out your email password or do any top-secret work on public WiFi, but do you know exactly what kind of data the voice assistants collect around you? Do you know how to delete it?

In fact, in 2015, Samsung made headlines by warning customers not to discuss personal information in front of their voice-activated smart TV. 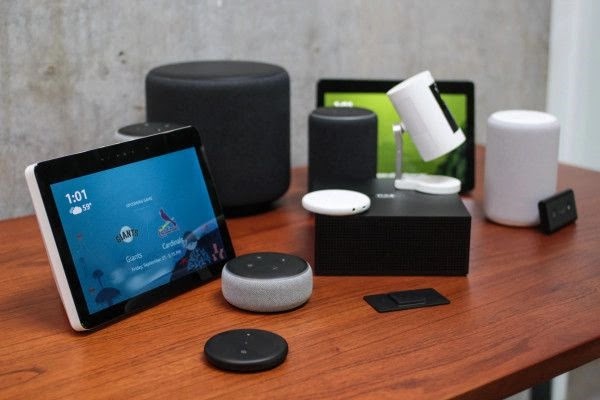 Research conducted by Microsoft in April 2019 suggests that 75% of US households will contain a smart speaker by 2020. But this emerging technology is not yet fully understood by the general public, who often think that their speech is monitored at all times.

While voice assistants are “always listening” at the local level, they do not transmit any information until they hear the trigger word (“OK Google”, “Hey Siri”, etc.).

Of course, this in itself is enough to create a significant privacy risk. Even people who regularly use voice assistant technology are aware of this.

Bloomberg has previously reported that Amazon had a team of thousands of workers around the world listening to Alexa’s audit requests in order to improve the software.

Their tasks included listening and transcribing voice recordings. Some of the workers reviewing the customer recordings had access to some personal data, including the users’ first names and locations.

Since this year, users of voice assistants have known that their interactions are sometimes listened to by humans. This is because these systems cannot be improved by software processing alone. Human intervention is required.

The reports have raised concerns among privacy advocates that the practice could violate users’ rights, especially in cases where devices start recording unintentionally or without the user’s knowledge.

The Irish regulator that oversees Apple and Google in Europe said it is in talks with the two companies to get more details about voice assistants.

“We will make our assessments and conclusions,” a spokeswoman said. ” We note that both companies stopped this processing, Google from mid-July and Apple in recent days.”

This is precisely the kind of privacy breach that could impact user confidence in Echo speakers and other voice assistant platforms.

In even more malicious cases, an Application can tell a user that an update is ready, and that Alexa or Google Assistant needs to hear the user’s password to install it. These are phishing attempts to obtain users’ passwords and

not legitimate requests from Amazon or Google.

The impact on user confidence

While some users may not have realized the extent of human involvement on Alexa’s backend, Microsoft’s study indicates a general mistrust of the potential for privacy breaches and trust abuses that could occur on these PDA platforms.
For example, 52% of the people surveyed by Microsoft said they were concerned that their personal information or data was not secure, and 24% said they did not know how it was used. Thirty-six percent said they did not even want their personal information or data to be used at all.
These figures indicate that support platforms should offer all users the ability to easily and permanently opt out of data collection practices – one click away from saying that their voice recording and private information will go nowhere and will never be seen.

Forty-one per cent of people were also concerned that their voice assistant would listen to them, or actively record them, and 31 per cent thought that the information collected by the assistant was not private.

Fourteen percent also said they did not trust the companies behind the voice assistant, including Amazon, Google and all the others.

Fantasies, arguments, conversations, racist comments, sex and sometimes aggression – everything can be captured at random. In the end, entire sections of life are actually delivered to the web giants and recorded by subcontractors.

After the scandal caused this year by the revelation of human eavesdropping, Google suspended the transcripts of its Google Assistant. In general, Facebook, Apple, Microsoft and Amazon all now offer the option of restricting recordings and have improved their privacy clauses in this regard.

A respectful approach to privacy
United States
In the United States, the privacy law is quite uneven at the moment. However, the direction of travel is unquestionably towards stricter regulation and greater consumer rights.

California, which has long been a forerunner in protecting the privacy of its residents, recently passed one of the toughest data protection laws the United States has ever seen with the California Consumer Privacy Act ( CCPA ).

Although the CCPA is not directly applicable to most small businesses, it should be taken as a sign of things to come. When stricter privacy regulations come into effect, your business will have a significant competitive advantage if it is already fundamentally compliant.

It’s also important to know that the United States has a fairly strict Children’s Online Privacy Protection Act ( COPPA ). It has even been suggested that voice assistant technology itself is a fundamental violation of COPPA.
European Union
The European Union is home to the most comprehensive and powerful data protection law in the world, the General Data Protection Regulation (GDPR).

The GDPR covers almost all commercial activities in the EU that involve the processing of people’s personal data. Recordings transmitted by voice assistants fall well within its scope.

Any company operating in the EU (whether based in the EU or not) will have to think very carefully about why and how it uses voice assistant technology. Violations of the GDMP can lead to financially crippling sanctions. And it is a law that is easy to break if you don’t take the time to understand how it applies to your business.