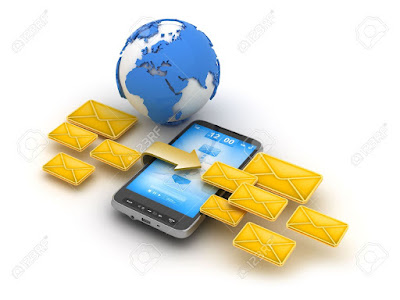 Role of SMS (short message service) in the mobile Internet era increasingly replaced by instant messaging services and social networking. The limited features in SMS like no emoji or include an image, making it more abandoned mobile users. For that Google is working with major mobile operators in the world who are members of the GSMA, will remodel SMS technology is considered outdated.

Google is known as the owner of the Android operating system, will be made in accordance with standard SMS messages Rich Communication Service (RCS).

The new standard will make SMS has features such as other instant messaging services, like WhatsApp, WeChat, Facebook Messenger, and so on. SMS is also expected in the future will be able to send photos and videos in the large file sizes, making conversation group, and can find out if someone else is typing a message.

By modernizing SMS, Google is in the same side as the operator against the rush of the service over the top (OTT).

The new standard is supported by Google, this could make a return to the business operator as text messaging and can make money from it. Google announced the implementation of the new standard SMS when it will begin to be applied, but Google hopes its operator clients start rolling it out later this year.