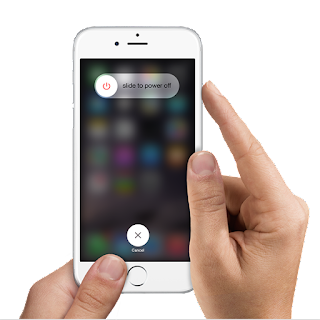 One of the reasons why the iPhone was chosen by many people is because the interface is smooth and seamless. But along with the use, as well as other gadgets, device performance will be decreased so that the iPhone often feels slow.

Sometimes, upgrading to the latest IOS operating system can also be a cause, making the old generation iPhone just so slow. If you feel the performance of the iPhone is not as usual, here are the tricks that can be done the old iPhone owners to accelerate performance.

Restart become the fastest and easiest way out if the iPhone has begun to slow. With the restart, miscellaneous unused cache will be cleared.

The visual effects in the menu interface does make the iPhone look cool, but it also weighed on the hardware. To turn off these features, create menu Settings> General> Accessibility> Increase Contrast Reduce menu and change the Transparency to On.

You can also turn off the feature motion via the menu Settings> General> Accessibility and turn on Motion Reduce option to On.

3. Remove the application that are rarely used

Check all applications and games installed in the iPhone, then uninstall unneeded or rarely used.

Be firm. Applications and games are rarely used precisely meet the memory and potentially overload the system, such as when running in the background.

Siri is a personal assistant feature in iOS. Siri can offer suggestions when searching in IOS 9, but it also makes smartphones so slow.

To turn it off, go to the menu Settings> General> Spotlight Suggestions> Suggestions Siri.

Another feature that is also weighing system is “Hey Siri.” If you want to turn it off, go to the menu Settings> General> Siri.

Open through the Settings menu Automatic Downloads> App and iTunes Stores. If your iPhone becomes the only device that is connected to the Apple ID, then leave this option on (On). But if you have multiple devices with a single Apple ID, then the other device will download the update application that does not use or are not needed in your iPhone.

To perform the update, we recommend using a WiFi connection and turn off the Use Cellular Data menu via the Menu Settings> App and iTunes Stores.

6. Use the default application

The default application (default) from Apple designed to work better with the iPhone. They are designed for common functions such as e-mail, navigating, and browsing the web. Indeed, sometimes it functions the application is not the best, but still can be relied upon to pursue performance.

Some applications sometimes remain running in the background that we are open (background), such as data synchronization and update the content without realizing it. It was the bus a slow down in performance and battery drain.

To turn it off, go to the menu Settings> General> Background App Refresh, and turn off all or for some applications just as you wish.

Clean up old files, such as photos and videos that have been backed up, the old text messaging, or other data stored (cached) can expedite system.

Go to the menu Settings> General> iCloud Storage & Usage> Manage Storage. Remove you do not need. some applications can also be uninstalled and then installed again to remove the cached data.

Cleaning the browsing history in Safari browser can be done via the menu Settings> Safari> Clear History and Website Data.

Cleaning the data cache in Safari it sometimes can make the browser work a bit slow to collect the data back, but the performance so much faster if the file was deleted occasional garbage.

Resetting the iPhone be the last way that can be done by the user if the above ways are not working. With a reset, then the system is returned to normal.

To do so, go to the menu Settings> General> Reset> Reset All Settings. But before doing so, remember back Apple ID and password you use.