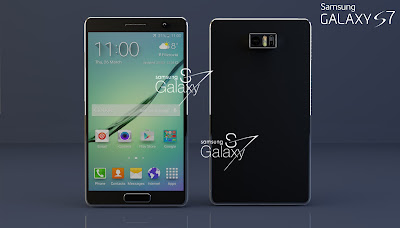 Smartphone Galaxy S7 will soon be gliding on February 21, 2016, to coincide with the MWC in Barcelona. Of the various leaks that circulated, apparently Galaxy S7 will bring a significant improvement in the battery endurance. Galaxy S7 can last for up to two full days after the one charged battery.

Standard usage patterns may include the level of screen brightness to 75 percent and a 4G LTE network that is always active. Although not necessarily true, the leak makes sense when referring to the leaked specs before. Because the Galaxy S7 rumored to be using the battery capacity of 3000 mAh.

Capacity was increased quite a lot compared to the Galaxy S6 battery capacity is only 2550 mAh. Previously, circulated Galaxy S7 leaks that can be used to watch video for 17 hours straight with maximum brightness display. True or not, again, can only be confirmed by mid-February.

In addition to the leaked battery performance, another leaked regarding Galaxy S7 is the use of processor Exynos 8890 or Snapdragon 820, depending on the area of ​​marketing. Flagship camera sensor is reportedly derived from the previous 16 megapixels to 12 megapixels. For the front camera, Samsung is said to believe in quality 5 megapixel sensor.