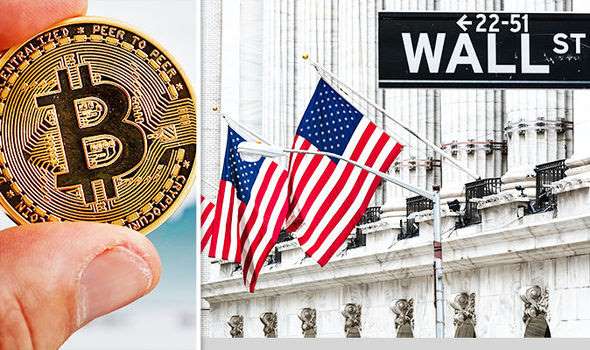 Whether you’re a Bitcoin fan, a gold investor or a stockbroker who pays attention to the slightest Wall Street quiver, the week we’ve just lived through will go down in the annals forever.

In a few decades, I bet it will even have a place in the history books.

Everyone will remember that it was during this week that began on March 9, 2020, that the great economic crisis that has been awaited for years finally began.

Driven by ever-lower interest rates and massive injections of liquidity, the artificial growth of the financial markets could not last forever as some traders on Wall Street, and other financial centers around the world hoped.

This utopia came to an end, and it was finally the coronavirus that acted as the catalyst for the collapse of the financial markets.

Initiated by Saudi Arabia, the oil crisis only accelerated the sharp downward movement we have seen.

Against this backdrop, fear and panic gripped a majority of people.

During this week, the great challenge for most people was to recover as much liquidity as possible.

This liquidity crisis, therefore, led to the collapse of all liquid markets.

Already underway for a month, the fall of the Dow Jones on Wall Street accelerated sharply at the end of the week:

All investors obviously panicked at such a fall. It must be said that they have long believed in the utopia of the infinite growth of the financial markets. The return to reality is therefore extremely hard.

Gold has been recognized for centuries as a safe haven in times of crisis and has not been spared. The precious metal is a liquid market. As such, it could not escape this liquidity crisis.

During this week, gold lost almost 10% of its value.

Much newer than gold or the stock market, Bitcoin is still a liquid market par excellence.

Bitcoin has therefore been strongly impacted by the widespread panic related to the spread of the coronavirus, and the risk of a shutdown of the world’s major economies.

Within a few hours, Bitcoin lost 50% of its price, before bouncing back to see its price increase by +50%.

This very strong rebound in the price of Bitcoin is a great thing for the future, and proof that the confidence around Bitcoin remains intact.

In the midst of the panic, trading was suspended on Wall Street…

In the midst of the panic, many stock markets around the world decided to halt trading for several minutes. These interruptions were decided several times.

Of course, Wall Street acted in the same way. Thus, when the market falls 7% on the same day, trading is interrupted for 15 minutes.

If the fall accelerates after the resumption of trading to -13%, a new interruption is decided.

Finally, if the fall is 20% during the same day, trading is terminated for the day. These measures have been created to protect investors, according to the powerful at the head of the system.

Is the way Wall Street operates really that of a free market as described by the doctrines of capitalism?

The answer is clearly no. Rather, Wall Street acts to protect the interests of the powerful at the head of the system.

Let’s compare it for a moment with Bitcoin.

Bitcoin operates 365 days a year, 7 days a week, 24 hours a day. This is already the first major difference between Wall Street and other financial markets.

When the price of Bitcoin dropped 50% in a few hours on March 12, 2020, trading was never interrupted.

Bitcoin market participants were free to continue trading their Bitcoins in order to find an equilibrium price.

This equilibrium price was finally found to be around $5K after an increase of about 30% in the price of Bitcoin from its lows a few hours earlier.

Whatever happens, trading continues to let the market decide the equilibrium price.

Bitcoin fully respects the theories of capitalism. This is not the case with Wall Street, some of whose practices would even come close to socialism.

Wall Street is calling the Federal Reserve to the rescue… 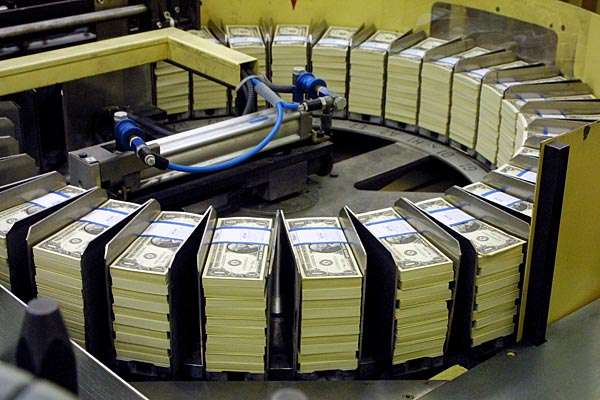 In the midst of this week’s panic, Wall Street traders have been repeatedly calling for Federal Reserve intervention to support a market filled with ultra-fragile assets.

As a reminder, the Federal Reserve had already taken a historic decision on March 3, 2020, by lowering interest rates by 50 basis points with a target of 1% to 1.25%.

This cut was decided unanimously in order to support the American economy in anticipation of the arrival of the coronavirus.

This interest rate cut was intended to encourage a quantitative easing policy on the part of the Federal Reserve with a significant injection of liquidity.

Nevertheless, Wall Street is so used to this type of monetary stimulus that it obviously did not find it sufficient. The financial markets collapsed all the same.

Donald Trump continued to put pressure on the Federal Reserve by calling for a further interest rate cut with a target of zero interest rates.

At the peak of the financial market downturn on March 12, 2020, the Federal Reserve then announced an injection of $1.5T of liquidity. The markets reacted for some time, before finally continuing their descent.

On Wall Street, many are calling for more liquidity injections from the Federal Reserve.

Wall Street has become so addicted to the stimulus of money creation that it wants more and more. This abuse makes the effects less and less tangible while devaluing what everyone has.

When I say everyone, I mean first and foremost the least wealthy people, because they are the ones who are most affected by the arbitrary decisions of a few powerful people at the head of a failing system.

The Federal Reserve should, therefore, continue its work of support through its favorite recipe in the days and weeks to come: lower interest rates and more and more money creation. The markets will force it to do so.

On March 13, 2020, in the middle of the day, Donald Trump declared a state of national emergency in the United States.

This announcement, coupled with the possible future decisions of the Federal Reserve that Wall Street is calling for, seems to have convinced some investors who regained some optimism at the end of the week.

Bitcoin is the only truly free market in the world

This economic crisis we are entering is highlighting that Bitcoin is the only truly free market in the world.

Bitcoin works all the time, and nothing can stop new blocks from being added to its Blockchain.

Its price is very volatile, but that’s only because it allows the users of its market to find the true balance.

Bitcoin’s market capitalization has lost more than $60 billion in this black week.

However, you haven’t seen any Bitcoiner come crying for intervention by any central bank.

Bitcoiners are used to this volatility, and they see these sharp declines in Bitcoin as an opportunity to buy more Bitcoin for a better future.

Everybody is panicking, but Bitcoiners see this as an opportunity and are greedy at the best of times.

Many of the investors in the traditional financial world, led by Wall Street investors, can’t even manage risk as they should.

The stocks they buy on the market are for the most part extremely fragile, but they prefer to believe in a system that promises them infinite growth.

As with all utopias, the return to reality is difficult. This is exactly what is happening to them.

Contrary to what they think, the extreme volatility of Bitcoin’s price is a good thing because it proves that its market is completely free.

The weeks and months to come will highlight this superiority of Bitcoin compared to Wall Street and other financial markets, I am convinced.

To take advantage of this, however, you will need to be able to have a fairly strong backbone, but also to have real confidence in the laws of the market that Bitcoin represents better than anyone else.

It is up to you to find out if you can do that and to make your decision. We Bitcoiners have already made ours.

All the news High Tech from Las Vegas