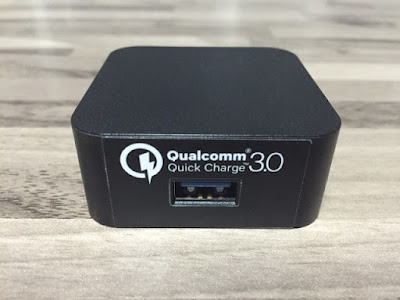 Qualcomm is one of the manufacturers are keen to offer a solution fast charging battery charging gadgets alias rapidly through artificial technology. Marketed under the trade name Quick Charge, this fast charging technology some time ago has reached the third generation.

Compared to the previous technology, QuickCharge 3.0 offers major advantages such as the use of power which is 20 percent more efficient than the technology said that before, Quick Charge 2.0.

More efficient use of resources in the Quick Charge 3.0 is claimed helped reduce the temperature of the device so it no longer feels the heat as it did in the previous technology. Qualcomm claims to power is wasted into heat 40 percent less than the Quick Charge 2.0.

What’s the secret? “Technology Quick Charge 3.0 smarter. If used Quick Charge 2.0 directly raise the voltage of 5 volt standard to 9 volts, Quick Charge 3 smarter because adjusts increasing the voltage at the maximum power that can be accommodated by the device’s battery,” said a technical staff Qualcomm arena MWC 2016, Barcelona, ​​Spain.

He cited a charger which charge the device with a voltage of 6 volts. By pulling power in accordance with the maximum amount that can be handled by the respective gadget battery, excessive power usage can be reduced so as not to waste wasted as heat.

Quick Charge 3.0 technology is compatible with a variety of connector types of chargers on the market, ranging from micro-USB commonly used and widely available until the latest USB Type-C. Naturally, the device and the charger gadget in question must support the means of fast charging.

Quick Charge 3.0 is supported and can be used by devices based on Snapdragon chip 820. Features fast charging is also present in middle-class chip Snapdragon 625 and 435 are new.