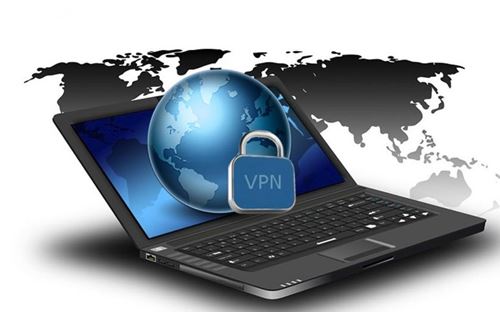 A VPN is like an encrypted and secure tunnel through which your online activity passes. No one can see through the tunnel and steal your data.

A VPN to protect your privacy? In these times where cyber-attacks are daily and we regularly learn that large groups are victims of data leaks from their users, it is tempting to think that one can protect one’s privacy a little better by using a miracle software.

Like a VPN for example. After all, the many advertisements about them tell you all the time: it’s the best way to protect yourself from computer attacks.
Spoiler: There is no such thing as a miracle software.

But by knowing more about how a VPN works, you can still improve your privacy. This is the case for example with PureVPN, ExpressVPN, NordVPN, CyberGhost, Surfshark, Hola VPN, hotspot shield, the best VPN‘s in my opinion.

How does a secure VPN connection work?

Let’s go back to the basics. Yes, a VPN protects your data well. More specifically, the data you send or receive from your Internet connection (WiFi, fixed, or 4G).


In fact, that’s what it’s all about. A VPN application takes care of rerouting your Internet connection to one of the VPN servers (often located abroad) and encrypting the connection so that no one can spy on it.

The user’s connection is remote on a server, which is in charge of going on the Internet. The data transiting between the user and the server is then encrypted and protected.

Without a VPN, when you connect to the Internet, all data coming in and going out of your device goes through your ISP’s servers.

By law, ISPs are required by law to store customer data. The sharing of this data is strictly forbidden to operators… Unless the intelligence services explicitly request it.

By going through a VPN, the data will not only be encrypted by the VPN application but also go through a server belonging to the VPN provider.

The consequence is that nobody – hacker, ISP, monitoring organization – can know what you are doing on the Internet by monitoring your Internet connection.

GREATER CONFIDENTIALITY OF YOUR DATA

Data sent and received over a VPN connection is encrypted with an encryption key that is considered tamper-proof.


In addition, to ensure that your data is truly protected while you are surfing the Internet, you should ensure that your VPN brand guarantees that you do not keep any record of your activity.

YOU’LL NEVER BE INVISIBLE ON THE INTERNET

That being said, a VPN is not going to make you totally invisible overnight on the Internet.

All right, your ISP or a hacker won’t be able to examine your connection to find out what you’re doing. But as a normal Internet user, you will inevitably leave traces on the Internet.

By logging on to social networks, accepting cookies on the various websites you visit, or simply taking advantage of services that have become indispensable for efficient Internet browsing, you will always leave your mark somewhere.


On the Internet more than anywhere else, it is above all up to you to be careful who you give your data to since they are then in the hands of companies that are more or less well protected.

A VPN TO REDUCE THE RISK OF HACKING, BUT NOT ONLY

A VPN won’t erase your tracks on the Internet, therefore. But it will protect your data from attacks.


When you’re in a public place with an open WiFi network, it’s a good idea to activate a VPN, since this is where there’s the greatest chance of a hacker or a poorly protected network.

This is very convenient for bypassing geo-blocks. A VPN is thus the ideal tool to access Netflix’s American catalog.


With just a few clicks, it is possible to connect to an American server and access Netflix’s foreign catalogs, BBC videos or the American HBO service.