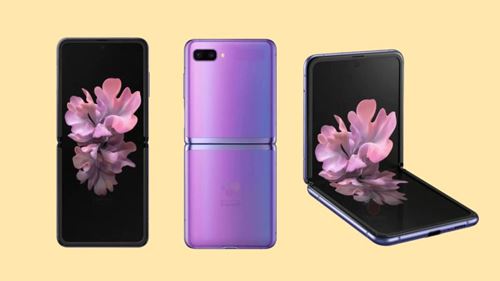 A few days before the Samsung conference on February 11th, the existence of the Galaxy Z Flip “Galaxy Fold” is no longer a secret.

Samsung’s second folding smartphone, which will be sold for less than the Galaxy Fold, should be inspired by the design of flip phones.

Samsung believes that the future of the smartphone will be foldable. After launching the Galaxy Fold last September, the Korean brand is set to introduce the Galaxy Z Flip on February 11th to show that there are other ways to fold smartphones.

This device is expected to take up the iconic flip phone design, as the new Motorola Razr.

This device would take on a square shape when folded, becoming a compact mobile phone that could be easily slipped into a pocket. A video of the Galaxy Z Flip leaked a few days ago and it reveals a design very similar to that of a Gameboy Advance SP.

This design also reminds us of the Motorola Razr announced at the end of 2019, but with less conspicuous borders. We’re looking forward to using it on a daily basis.

When unfolded, the Galaxy Z Flip would feature a large 6.7-inch OLED display, just like the Galaxy Note 10+.

The Galaxy Z Flip would be surrounded by slightly protruding borders to prevent dust and other particles from damaging it in case they get between the two parts of the folding screen.

Also, Samsung is said to have developed an “ultra-thin glass” technology, which would avoid the use of plastic as on the Galaxy Fold. As a result, the Galaxy Z Flip would be less easily damaged.


Finally, the front camera of the Galaxy Z Flip (10 Mpix) would have to be hidden in a punch at the top of the screen, like a Cyclops’ eye. This design would be similar to the design of Note 10 and S20.

A small screen on the back… to check the time… 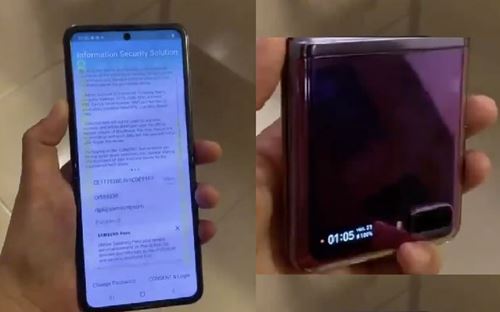 Unlike the Galaxy Fold, the Galaxy Z Flip would need to be opened for use.

This foldable mobile would have a screen on the front, but it would be far too small to be used for anything other than viewing the time or notifications.

Note that it should still be possible to take selfies thanks to this tiny screen, without it being very practical.

Software adapted to the folding format 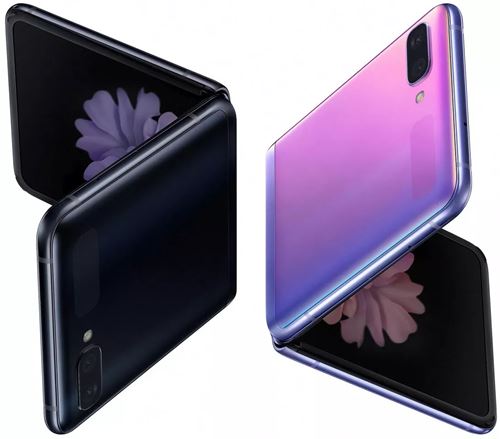 It’s official, Samsung plans to adapt its One UI overlay to the folding character of its Galaxy Z Flip.

During its developer conference, the brand showed a camera application capable of adapting its interface to the way the screen is folded. More software innovations are expected to be presented on February 11th.

Features inferior to the S20

Inside the Galaxy Z Flip should be Qualcomm’s Snapdragon 855+ processor. Released in 2019, this SoC is less powerful than the new Snapdragon 865 and Exynos 990 in the Galaxy S20 but still belongs to the high-end segment.

The mobile should also come with 8GB of RAM and 256GB of internal, non-expandable storage. Its battery should be 3300 mAh and should support fast wired and wireless recharging.

On the other hand, it is unlikely that this Galaxy will integrate a jack plug.

It’s become almost rare today, the Galaxy Z Flip should make do with a double camera module. In addition to a 12 Mpix main sensor, it’s an ultra-wide-angle also associated with a 12 Mpix sensor that the smartphone should offer. This configuration reminds us of the Galaxy S10e.


Another great absentee of the Galaxy Z Flip: the 5G. A priori, this folding smartphone would only be compatible with 4G networks.

Rumor has it that the Galaxy Z Flip could come out very soon. This folding smartphone would be released the week of its announcement. The price of 1599 euros was recently mentioned by XDA-Developers.