Skip to content
Smartphone
January 2, 2023 Admin Mix Alpha, Oppo, Realme, Vivo, Xiaomi
Quite strange when a brand like Xiaomi looks cool and calm for some time. Usually, this Chinese brand moves quite aggressively in the smartphone market, especially in the middle class. Recently, the release of a new smartphone is dominated by Vivo, Realme, and OPPO, the trio who are still brothers are moving so aggressively.
But finally answered was why Xiaomi is like cool and calm seemed. 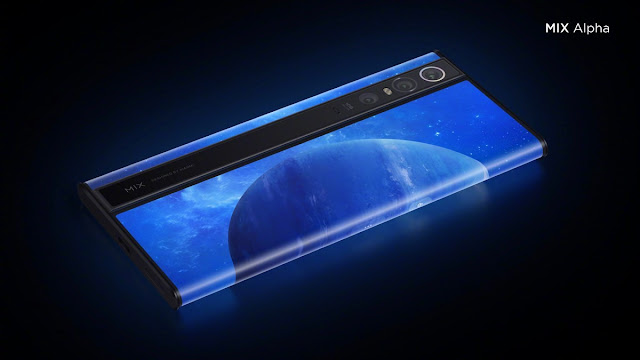 In its silence, Xiaomi seems to produce a futuristic smartphone that is truly futuristic. Not cans. The original design, so far it seems there is no smartphone with a shape like Mi Mix Alpha – the name of this latest futuristic smartphone Xiaomi – which has a screen to body ratio of 180.6%, almost the entire surface covered by the screen.
This ratio means that this smartphone has a screen that almost covers the entire surface. Xiaomi calls this design as “Surround Display.”
The remaining 20%, is a place for three cameras, each with 108MP, 20MP, and 12MP resolution. There is no front camera because the camera behind it can function as a front camera with a screen on the back.
So far so interesting?
It could be, but there is still something that can be discussed from this latest Mi Mix Alpha smartphone. For example, with a screen that surrounds the entire surface of the device, the sides of the device also have a screen. Xiaomi includes AI sensor technology to recognize unwanted touches so users can still operate this device comfortably.
Various notifications and status bars are available on the screen located on the side of the device, including battery status, volume, time indicator, and other statuses.
For the innards can be predictable using Snapdragon 855 Plus with 12GB of RAM and 128GB of internal memory. For the battery capacity of 4,050mAh which is equipped with 40W fast charging technology.
In addition, as a special smartphone with a form that can be considered radical, Xiaomi uses various types of materials such as ceramics, sapphire glass, and titanium that are used for the frame. For now, Xiaomi Mi Mix Alpha will still be produced in a limited fashion, or it could even be a limited edition, which is devoted to hardline fans.

This is the launch date of Xiaomi Gaming Phone