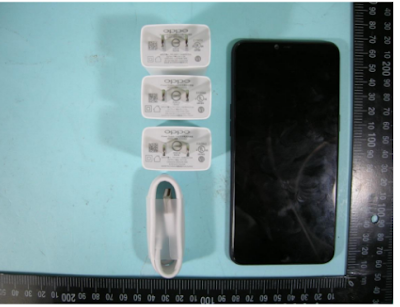 Oppo, which just released the F9 series some time ago, is now preparing a new cellphone for the middle class segment. This phone, which is suspected as AX5 (or also called R15 Neo), appears on the Taiwan and Singapore certification pages.

Based on the document sheet on the Taiwan NCC page, the cellphone with the CPH1851 code looks like it has a design not unlike most Oppo phones. The size is quite large with a circular angle shape. At the rear, a dual camera is inserted in a horizontal position and there is a flash light right next to it. But on the back of this fingerprint sensor is not visible.

Looks like Oppo prefers to use Face Recognition for security rather than fingerprint sensors . If you look at the size specifications on the NCC page, this phone will likely have a wide screen span. At least this phone will have a screen of almost 6 inches, or if AX5 adopts a less bezel design, the screen size can be more than 6 inches.

On the front there is a notch alias bangs that wrap the front camera and light sensor. The shape of the bangs adopted is similar to the iPhone X with a wide size, not like the new shape of the Oppo bangs that adopt a waterdrop design. At the bottom, there is a Type C USB port that is coupled with a 3.5mm audio jack. Although using USB Type C, it is not yet known whether the Oppo AX5 will be armed with VOOC fast charging technology or not. Previously, the leaked AX5 phone was widely circulated in cyberspace.

Some parties mention another name of the Oppo AX5 is the R15 Neo, depending on the marketing area. This phone has lower specifications than the F9 and F9 Pro. There has been no further confirmation of prices and availability, but rumors of this cellphone are scheduled to be released in the coming weeks.