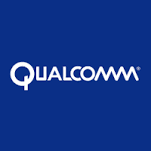 Mobile processors Snapdragon 820 from Qualcomm are already emerging in some of the new smartphone, like the Samsung Galaxy S7, Xiaomi MI5, and LG G5. These devices make virtual reality (VR) as one of the main dish, combined with a pair of VR glasses and camera 360 degrees.

Party itself as the chip manufacturer Qualcomm Snapdragon VR capability is focused on these high-end SoC. He was seen going to create new opportunities related industr VR being stretched.

“We think the Snapdragon 820 has the ability to bring virtual reality into the realm of mainstream so that later can be enjoyed by many people,” said Senior Vice President of Global Marketing Qualcomm Tim McDonough in an exhibition Mobile World Congress 2016 in Barcelona, ​​Spain.

“All this is necessary so that the illusion of real and VR looked no different from the real world. Do not forget the 3-dimensional sound processing that require very high performance. All of it is owned by the Snapdragon 820,” said McDonough.

According to McDonough, later would create VR ecosystem that consists of two types of usage scenarios, namely VR with a desktop or laptop computer and mobile VR. The main difference lies in the aspect of portability and usage scenarios. VR technology with computers as driven by Oculus Rift will be widely used in scenarios like gaming. Meanwhile, in the mobile VR as touted passing Qualcomm Snapdragon 820 offers the advantage of mobility.

“You can easily carry the VR goggles and smartphones in the bag,” said McDonough.

Although looking at the ability of the Snapdragon 820 is enough to run a virtual reality, McDonough said it will continue to improve VR Qualcomm, as well as gradually increasing the capabilities of HD video, full-HD, and now 4K. VR in mobile according to him, will become a trend in the future along with the start of high-speed 4G network availability + and 5G which provides enough bandwidth to stream high-quality VR content.

“Virtual reality is one of the most interesting things of our OEM partners. Everyone interested in it,” said McDonough.