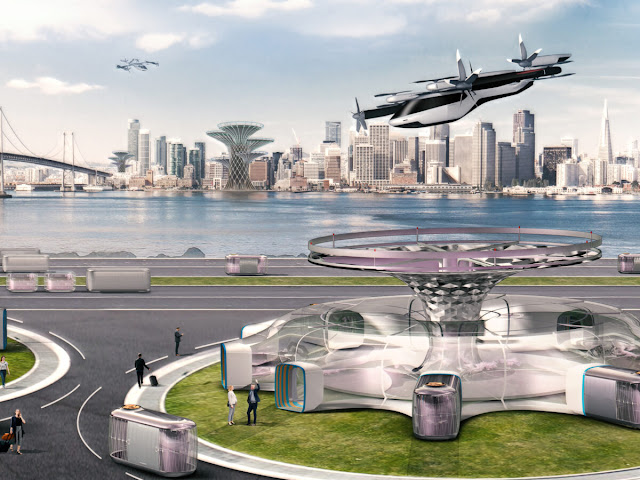 Flying instead of driving: With an air taxi, the South Korean car manufacturer Hyundai is creating a surprise effect at the CES in Las Vegas. The model designated S-A1 is intended to offer space for a pilot and up to four passengers and to connect destinations within a city, for example, the airport and the center. Uber is on board as a strategic partner for the flight taxi.
Hyundai pays special attention to the safety of its flying taxi. The rotors of the helicopter-like vehicle are intended to enable continued flight even if a single-engine fails. A parachute is on board as additional protection. Compared to a conventional helicopter, the air taxi is said to be significantly quieter in operation and therefore able to fly in densely populated areas.

HYUNDAI AIR TAXI FOR THE CROWD

The Hyundai flight taxi is not meant to be a project for the elite, but a means of mass transport. The declared goal of the South Koreans are more than 25,000 air taxis worldwide. If this plan becomes a reality, more Hyundai air taxis would be in the air than commercial planes. Hyundai believes that this vision can become reality in the next few years. They have experience in the manufacture of mass-priced and inexpensive vehicles, and this production expertise will also be used for flying taxis. 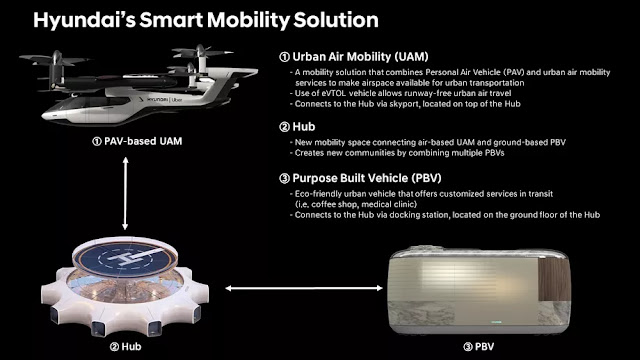 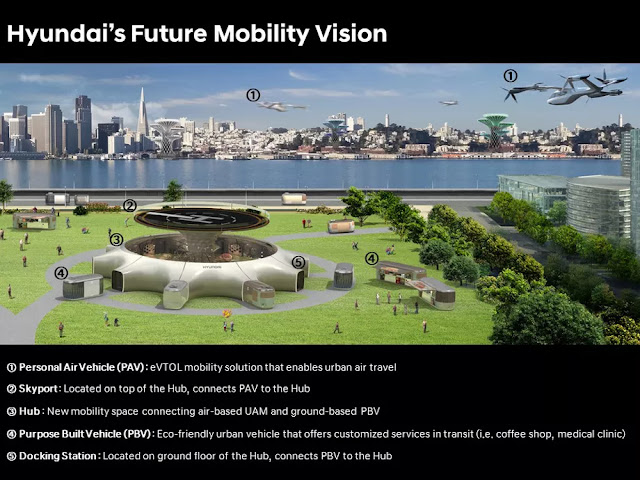 Also involved in this project is the mobility service provider Uber, which now has much more to offer than arranging car trips. Under the “Elevate” label, Uber partners with various manufacturers of air taxis to expand its portfolio of car, bicycle and scooter mobility to include airspace. In this partnership, Uber is to contribute the passengers who will be seated in the flight taxis.