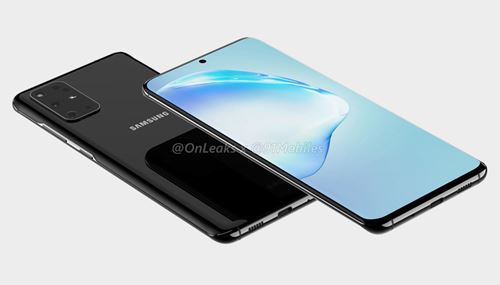 A rendering of Galaxy S11. © OnLeaks
As the year draws to a close, all eyes are focused on Samsung’s launch of the first flagship smartphone of 2020, the Galaxy S11.

As usual, it’s the SamMobile specialists at OnLeaks who are on the ball.

Samsung’s Galaxy S11 and S11+ are expected to launch in the first quarter of 2020, probably in mid to late February.

This feature complements all the leaks, rumors and speculation about the upcoming Galaxy S flagship products and what we want to see. Here’s everything we know so far about the Samsung Galaxy S11 and S11+.

The brand is expected to launch the Samsung Galaxy S11 range in three sizes, with the S11e and S11 receiving both 4G and 5G variants, while the S11 + would come with 5G as standard.

Typically, Samsung announces its Galaxy S range in advance of the Mobile World Congress in Barcelona at the end of February. This means that Galaxy S devices are traditionally revealed in mid-February, at least for the past few years.

Design of the Samsung Galaxy S11

As far as the design of the S11 is concerned, this is a modest change from the S10.

Once again, the display has a perforated cut-out for the front camera, but this time it is centered at the top of the screen, as in Note 10. The edges of the display are also curved. But it’s possible that Samsung will keep a flat screen for the S11e, as it did for the S10e.

The Galaxy S11 range will come (not all models but cumulatively) in four storage options: 128GB, 256GB, 512GB, and 1TB. There is currently no information on the status of the microSD card on the Galaxy S11, but it is likely that the headphone jack will be ignored.

The Galaxy S11 will run on Android 10 as expected and, as reported exclusively, will come with One UI 2.1.

We don’t yet know what new software features Samsung will integrate into the Galaxy S11, but the DeX wireless mode seems to be a good idea. Earlier this year, Samsung confirmed that it is exploring this option without committing to a launch date.

From the outset, we can make some assumptions about the specifications of the S11. There will be an AMOLED display, powered by Qualcomm’s Next-gen Snapdragon 865 SoC / Exynos 9830 processor, and at least 6GB of RAM.

Samsung is known for offering beautiful AMOLED displays and the Galaxy S11 will likely have them on board. Three sizes have been reported for the 2020 devices and it is claimed that all will feature double-edged designs. Previously, the Galaxy S10e had a flat design.

We expect to see vibrant colors, HDR+ support and correct resolutions on all three handsets, especially the Galaxy S11 and S11+.

On the photo side, we already know that Samsung should strengthen its game next year. But in addition to the features of the sensors, we can see here that the Galaxy S11 could carry five photo modules on its back. Something that was only found on the 5G version of the Galaxy S10.

The panels are likely to be Dynamic AMOLED, a sporty perforation for selfie cameras, offer HDR10+ support, have a resolution of up to QHD+ and feature a fingerprint scanner integrated into the screen. Rumors are circulating that the Galaxy S11 series may come with a 120Hz refresh rate.

With competition in the smartphone camera industry becoming increasingly fierce, we wouldn’t be surprised to see Samsung making further enhancements to the Galaxy S11 and S11+.

The inclusion of a 108-megapixel sensor was discussed, as well as support for 8K video recording. 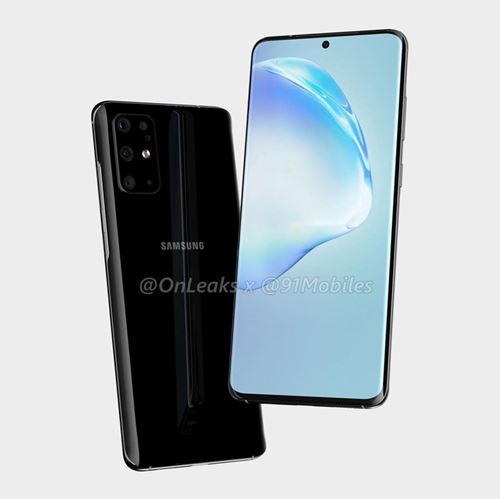 A rendering of Galaxy S11. © OnLeaks

Finally, on the specs side, the first benchmark shows roaring results for the new Galaxy S11 SoC. As usual, Samsung will reserve a Snapdragon 865 for the US market and other small privileged customers. But in the rest of the world, it’s a homemade Exynos chip that will be found under the hood of the future flagship.

The Samsung Galaxy S11 could have a pretty big battery

An image posted on the Safety Korea website (via the Galaxy Club) indicated a battery capacity of the Galaxy S11 of 14.36 Wh, which would represent a capacity of approximately 3730 mAh.

The Galaxy Club also claimed that Samsung was working on a periscope-type camera that allows 5x optical zoom, similar to the camera in the P30 Pro and the Oppo Reno 10x zoom.

Picasso – the code name of the S11 – was also mentioned in the beta with the facial recognition feature suggesting that we may see it on future Galaxy S flagships.

According to our sources, Samsung will host the Galaxy S11 Unpacked event in the third week of February, which is consistent with what the company did for the launch of the Galaxy S10. If the device is announced at the end of February, the Galaxy S11 is expected to hit the market in early to mid-March.

No concrete pricing details are yet available, but it is reasonable to expect that the Galaxy S11 will be sold at a price similar to the Galaxy S10 range.