What is Shopify, The Other Ecommerce Store Giant… The Other Side Of The Amazon? 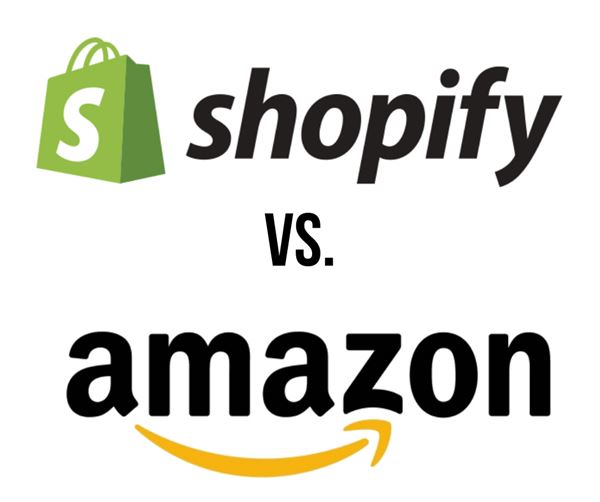 Launched in 2006, Shopify now enables one million businesses to sell products online. A platform that is determined to become a must-have.

Shopify may not have been created in a garage, but its story reminds us of many successful start-ups.

It all began in 2004 when three Canadians founded Snowdevil, a company that plans to sell on the Internet. snowboards.

The destiny of these entrepreneurs changed when they realized that there was no software to easily create an online store.

So they decide to design their own, much more modular and adapted to the requirements of their business. The software was so good that it finally became the main product in 2006, under the identity of Shopify.

14 years later, more than a million businesses use Shopify. In fact, you’ve probably already ordered something through the platform without even knowing it.

Unlike Amazon, AliExpress or Cdiscount, Shopify is a “shadow company”. It provides vendors with many solutions to create their own stores, without ever putting themselves on the map.

Several times a year, the Canadian group brings its partners together to announce new features. Its goal is also to help entrepreneurs meet each other, in order to strengthen their own community.


“Shopify’s mission is to help people compete with the major e-commerce platforms,” explains Emilie Benoit, who has been in charge of Shopify in France since 2018. “How can a small merchant technically compete with Amazon’s developers?

Development is exactly what Shopify does. For a monthly subscription fee (ranging from $29 to $299 per month) and a percentage of their sales, the platform offers companies the opportunity to design their own e-commerce site.

They choose the design, the name of the sections, the way to present a product… Everything is fully customizable.

Many brands such as GymShark, Breathe or The Bradery depend on this platform without which it would be impossible for them to sell products on the Internet.


Some celebrities, such as Kanye West and the Kardashian family, also sell their products on virtual stores created on Shopify.

Over the years, Shopify has established itself as the anti-Amazon. Want to sell products under your own identity rather than as an “Amazon seller“? The platform fits your needs.

The company is trying to label itself as a “rebel” that is much cooler than a “giant”. With a market capitalization of more than $50 billion, it probably belongs more to the second category nowadays.

For many businesses, Shopify is more than just an e-commerce site. It is also a platform in its own right on which software can be developed and sold.

Indeed, one of the platform’s strengths is its “App Store”. Simply put, Shopify offers developers the opportunity to design extensions for e-merchant sites.

This allows you to customize your page and adapt it to certain local constraints.


Out of the 3800 applications present on the platform, some are free, others are not. Shopify also offers a “Theme Store” on which it is possible to order custom designs for its sites, without having to pay a fortune.

To understand this part, you need to know what dropshipping is.

It is a system of indirect trade which, rather than involving a buyer and a seller, involves three different actors: the buyer, the seller and… the supplier.

The person selling you a product does not actually hold any stock and only acts as an intermediary between the buyer and the actual supplier of the product.

This allows anyone to create a business, without necessarily having the space to manage it.

On social networks, especially on Instagram, dropshipping is in vogue.

If you follow influencers, you’ve probably already seen ads for “discount AirPods” or other products with a tempting price/quality ratio.


Most often these are products that come from China and are resold by the influencer for much more than they originally cost.

Without Shopify, this practice would be much more complicated to set up. Through Oberlo (a company it has owned since 2017), Shopify offers the possibility to easily create its Shopify dropshipping.

It is this platform that is prized by many apprentice shopkeepers who wish to create their own shop.

Some have laudable intentions (to introduce a culture for example), others only want to earn money.

“Dropshipping is considered an opportunity for entrepreneurs,” the French manager of Shopify defends herself when we talk about the numerous abuses caused by this practice. “It is the basis of commerce to make a profit.

Rather than trying to regulate dropshipping (by explaining to people what is sold directly by the seller and what comes from China for example), Shopify plays the educational card.

The group wants to run communication campaigns to help Internet users “avoid being scammed online”, in particular by teaching them how to spot suspicious prices.

Shopify also says that if abuse or even scams are reported by users or the authorities, it has the option of closing an e-shop. According to him, this would happen regularly.

In the future, Shopify wants to impose its brand 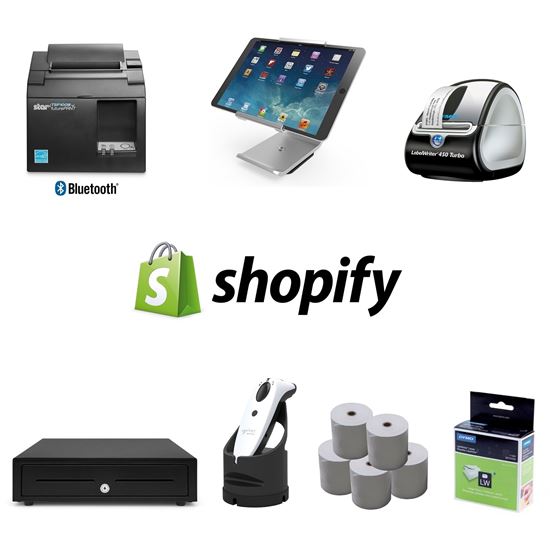 Let’s be honest, we wouldn’t have devoted such a long article to Shopify if it was “just a shadow company”. What interests us about it is its ambition to compete with the biggest names by developing its reputation.

Shopify has recently moved into hardware. Under the Shopify Hardware identity, the Canadian company markets products for commercial use.

These include ultra-modern cash registers that compete directly with Square’s products.

The latter improve the payment experience and, more importantly, connect a Shopify store to a real shop.

Any physical store can thus manage its stock on the platform without having to worry about additional tasks.


There are also accessories to turn smartphones into payment terminals, just like Ingenico offers.

Second, only to Amazon in the United States as an e-commerce platform, Shopify hopes to create an empire to rival that of Jeff Bezos.

Some examples include initiatives such as Shopify Pay, a mobile payment service that can be used in shops hosted by the platform, and Shopify Arrive, an application to track deliveries (including those made to competitors).

Shopify’s biggest effort to compete with Amazon is undoubtedly to develop its warehouses. The Canadian brand offers stores to store and ship their products for them, Amazon-style, but there are now only seven.

Shopify has also bought 6 River Systems, a robotics company that has implemented Chuck, a robot dedicated to the design of packages (it picks up products in the aisles, for example).


Chuck is not just for Shopify warehouses. “We hope to offer it to 10,000 distribution centers around the world,” says Jean-Michel Lemieux, the company’s CTO.

The only limit Shopify sets for itself is to never create a “marketplace”, a central hub where it would be possible to access all the shops.

The brand wants each merchant to keep their own space and doesn’t want to launch a super site where it would be possible to access all of Shopify.

“We support companies by promoting their brands”. The group is aware that to be the alternative to Amazon, it must not become Amazon.

That’s why it allows businesses that wish to do so, in addition to their Shopify site, to sell on several platforms including those of competitors such as Cdiscount… or Amazon itself.

It’s up to them to choose sites from the App Store. “We’re the only truly modular platform,” enthuses the company’s CTO.


In the coming months, chances are you’ll be hearing about this company. Snowboarding is definitely in the closet, Shopify wants to conquer the world.

How To Make Money Online