TikTok accused of sending our personal and biometric data to China 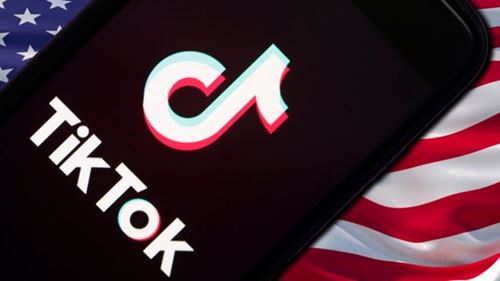 According to a complaint filed in the United States, the application would send private data to China without the knowledge of its users. Even if they don’t open an account and don’t publish anything on the social network.

A Palo Alto student, Misty Hong, has filed a lawsuit against the publisher of the application in a California court. According to her, ByteDance would collect private data and transmit it to China without the user’s consent.

Misty Hong explains that she downloaded TikTok in March or April 2019 without ever creating an account. A few months later, she discovered that the application had finally created one for her. She had actually recorded five or six videos but had never saved or published them.

Facial recognition on the front line

TikTok, knows its users well: phone contacts, social network accounts, email addresses, IP address or geolocation. Above all, the videos very often show faces in close-up, an ideal situation to apply the facial recognition that we know the Chinese government is fond of.

The complaint indicates that ByteDance allegedly used various tactics to conceal the transfer of this confidential data. Even the closed application, TikTok, would continue to collect private and biometric data from its users. These serious charges are based on various articles in CNBC, Quartz and other U.S. publications. Justice must now determine whether these allegations are justified.

In late October, two U.S. senators accused TikTok of collusion with Beijing. “With more than 110 million downloads in the United States alone, TikTok is a potential counter-espionage threat that we cannot ignore,” the two senators said.

“In light of these concerns, we call on the intelligence community to conduct a national security risk assessment of TikTok and other content platforms based in China and operating in the United States, and to inform Congress of those findings,” they said.

What is the Tik Tok application?

Tik Tok, whose parent company is China’s $75 billion ByteDance company, is the favorite application of “Generation Z”, the netizens born after 1995.

69% of its users are between 16 and 24 years old, and probably less since it is quite possible for a teenager under 16 years old to “lie” about his age when creating his account….

For those who have completely forgotten, remember that the application is a social network for sharing short videos, where the emphasis is on creation, especially thanks to very precise video editing tools (filters, effects, transitions, etc.). Everything is very simple, very fluid, and it works…

Of all existing social networks to date, Tik Tok is the fastest growing. Far ahead of Facebook, Instagram, Whastapp and even WeChat, it’s the application that will have reached the first billion active monthly users the fastest.

Chinese demographics necessarily contribute to this, but even compared to WeChat, the Chinese market is also growing at a dizzying pace. Judge for yourself: 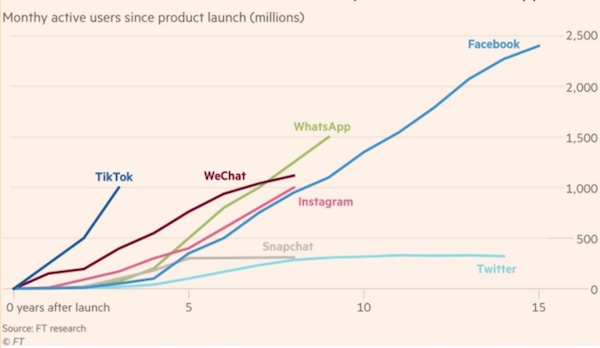