Xiaomi Mi 10 and Mi 10 Pro: Its Design is Officially Unveiled 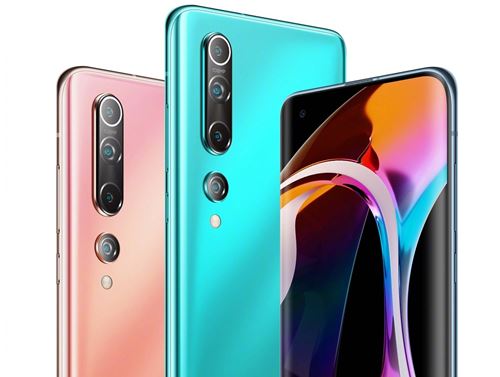 Xiaomi could launch its next high-end smartphones, the Mi 10 and Mi 10 Pro, at a much higher price than the mid 9 of last year. Both smartphones could be sold for more than 800 euros.

In recent weeks, the global smartphone market has been undergoing major upheavals. Oppo, Xiaomi, Vivo, and Realme are counting on Huawei’s setbacks to grab some market share. As for Xiaomi, it would also be an opportunity to move up the range.

The Chinese manufacturer is thus expected to raise its prices considerably for the brand’s next top-of-the-range models, the Xiaomi Mi 10 and Mi 10 Pro.

The brand will announce at the MWC Barcelona the Mi 10 and Mi 10 Pro, high-end smartphones sold for more than 800 euros.

NEARLY DOUBLE THE PRICE OF THE XIAOMI MI 9

Last year, the Xiaomi Mi 9 – also announced during the MWC – was launched at a price of 499 euros for the 64 GB version.

With the Mi 10 and Mi 10 Pro, Xiaomi could thus almost double the launch price of these next smartphones: “To absorb its numerous marketing expenses, its move upmarket and the arrival of the 5G, Xiaomi has no choice but to raise prices”.

In addition to a willingness to absorb marketing expenses, this price increase could also reflect a decision for the Chinese manufacturer to offer ultra-premium models, capable of competing with Huawei’s Mate and P ranges at the very top end of the market.


Xiaomi will officially unveil its next high-end smartphones, the Mi 10 and Mi 10 Pro, in China on February 13, next Thursday. Prior to this presentation, this new range has already been made official on the Chinese social network Weibo.

Indeed, the boss of the brand, Lei Jun, published this Monday an official image allowing us to discover some information about the Xiaomi Mi 10.

He explains that it will be a “premium smartphone designed for Mi fans and a masterpiece resulting from the ten years of success of Xiaomi”. Above all, the publication allows us to finally discover the design of the future smartphone.

The result is a screen that takes up most of the smartphone’s front panel with rounded corners and curved edges. There is also a pierced slab on the top left with a camera for selfies.

On the back, the smartphone takes a module with four cameras quite close to what Xiaomi had proposed on the Mi Note 10. Three cameras are thus grouped at the top with a fourth lens positioned lower down.


The official design is identical to a leak dating from the end of January. The selfie camera and the photo modules are in the same position.

Contrary to what some people hoped, the design should, therefore, be very different from the Xiaomi Mi Mix Alpha.

In addition, the GizmoChina website has spotted a poster on Twitter presenting the expected prices of the Xiaomi Mi 10 and Mi 10 Pro.

These prices are higher than when the Xiaomi Mi 9 was launched last year, but they are nevertheless more affordable than the latest rumors reported. According to our colleagues at 01net, the Xiaomi Mi 10 Pro should indeed be launched at over 800 euros, just like the Mi 10.