For most of us, the mobile phone is part of our lives, but I’m sure your curious minds have always wondered how a mobile phone can make calls, and why there are several generations of mobile communication.

The technology behind mobile communications

For example, in the case of frequency 0 and 1, are transmitted using low and high frequencies respectively, so if you could find a way to transmit these electromagnetic waves to your friend’s phones, you could establish a call, but electromagnetic waves are not able to travel long distances, they lose their power due to the presence of physical objects, electrical equipment, and certain environmental factors, in fact, if there were no such problems the electromagnetic waves would not propagate indefinitely due to the curved structure of the earth. 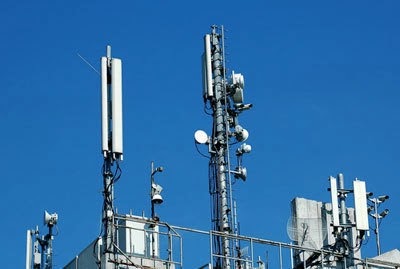 To overcome these problems, relay antennas have been introduced using the concept of cellular technology, in cellular technology, a geographical area is divided into hexagonal cells, each cell having its own antenna and frequency slot generally these antennas are connected by cables or more precisely optical fibers, these optical fibers are laid underground or in the oceans, to ensure national or international connectivity.

The electromagnetic waves produced by your phone, are picked up by the antenna of your cell is converted into high-frequency light pulses, these light pulses are transported to the transceiver box of the base located at the foot of the antenna, to be processed thereafter, after processing, your voice signal is routed to the destination antenna.

As soon as the pulses are received, the destination antenna radiates them towards the outside in the form of electromagnetic waves, and your friend’s phone then receives the signal, this signal undergoes a reverse process, and your friend hears your voice.

But there’s a big problem, mobile communication only succeeds when your antenna transmits the signal to your friend’s antenna, but how did your antenna get to where your friend’s antenna is, and well for this process the relay antenna is assisted by what’s called a mobile switching center, the MSC is the central point of a group of relay antennas.

What is the MSC

When you purchase a Sim Card, all subscription information is stored in a specific MSC, this MSC will be your Home MSC, the Home MSC stores information such as packages, your current location and the status of your business if you move outside the scope of your home MSC, the new MSC that serves you instead, is known as a “foreign MSC” or Foreign MSC, when you enter a Foreign MSC field, it communicates with your home MSC, so your home MSC always knows which MSC field you are in. 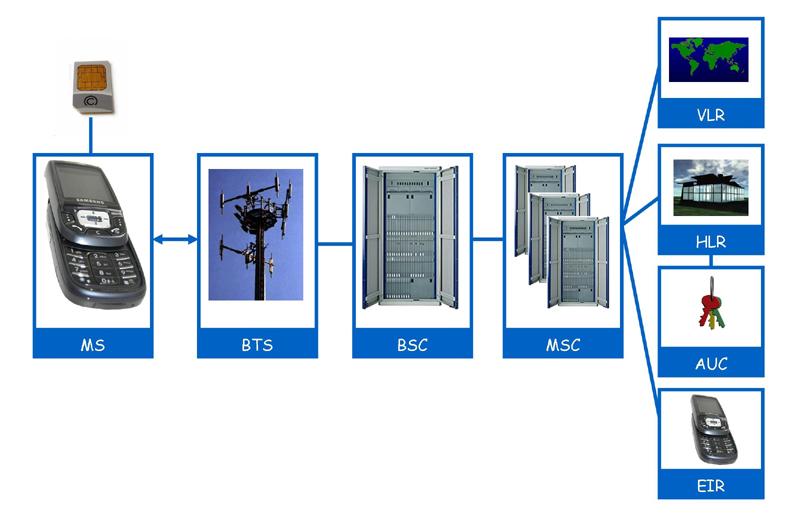 In order to understand in which cells a subscriber is located the MSC uses some techniques, one of the means is to update the subscriber’s location after a certain period of time when the phone passes through a predefined number of antennas the location update is performed again, the last one and when the phone is switched on.

Let’s try to understand all these procedures with the help of an example let’s assume that Emma wants to call John when Emma dials John’s number the call request arrives at Emma’s home MSC, upon receipt of John’s number, the request will be forwarded to John’s home MSC, now John’s MSC verifies if his MSC is the one used, if John is in his home MSC the call request will be immediately sent to his current cell location, and he will check if John is already in contact, or if his mobile is off, if all are positive, John’s phone will ring, and the call will be connected.

However, if John is not in his home MSC, John’s home MSC will simply forward the call request to the foreign MSC, the foreign MSC will follow the procedure explained above to locate John’s phone and then establish the call.

To transfer 0’s and 1’s in digital communication, a frequency range is assigned to each subscriber, however, the frequency spectrum available for mobile communications is very limited, and there are billions of subscribers, so this problem is solved using two technologies.

Why are there different generations of mobile phone technologies

Originally, 1G allowed users, for the first time, to do without a cable to make a call, but 1G presented two major problems, the first problem was that wireless transmission was in analog format, analog signals were easily corrupted by external sources, voice quality and security were therefore poor, the second problem was that it used frequency division multiple access technologies which used the available spectrum inefficiently, these factors paved the way for the second generation of mobile communications.

3G focused on higher data transfer speed, to do this it used WCD multiple access techniques, and to increase bandwidth, 3G at a speed of 2 megabits per second, allowed data transfer for uses such as GPS, videos, voice calls, etc., 3G was a big step forward in transforming the basic phone into smartphones.

4G then reached the speed of 20 to 100 megabits per second, which is suitable for high-resolution movies and television, this higher speed was made possible by OFD multiple access technologies, and MIMO technology.

The next generation of 5G mobile communication, which is being deployed around the world, will use enhanced MIMO technology, and millimeter-wave will enable seamless connectivity to connect objects, such as autonomous cars and smart homes, to the Internet.