Coronavirus pandemic: The World Comes To a Standstill, Psychosis Progresses 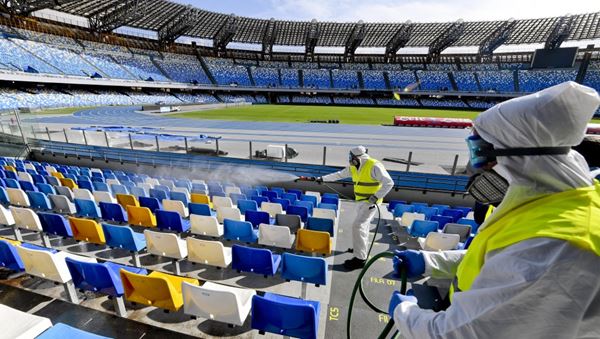 Schools, transport, sports, and cultural gatherings… the planet accelerated on Thursday a withdrawal into itself to the height of the psychosis created by the pandemic of the new coronavirus, which caused a historic crash of the world’s stock markets.

The scattered restrictions and market panic were compounded by the temporary ban on entry into the United States of travelers from Europe, issued Wednesday evening in Washington by Donald Trump, which triggered a shock that spread to all continents.

With more than 130,000 people infected, nearly 5,000 deaths and infections now spreading from Scandinavia to India, from Latin America to the Far East, governments were scrambling to curb the spread of Covid-19 disease.

France, through its president Emmanuel Macron, joined in the evening the list of countries whose schools, nurseries and universities will close.

The head of state of one of the countries most affected in Europe by the pandemic asked seniors over 70 years old to stay at home, without however deciding to postpone the first round of municipal elections, scheduled for Sunday.


Probable border closures are likely to be necessary for the coming days or weeks, “but they will have to be taken on a European scale,” announced Mr. Macron, who assured that the EU will have to react “strongly and quickly” to overcome the global economic crisis caused by the pandemic.

On the leaders’ side, Sophie Grégoire Trudeau, the wife of the Canadian Prime Minister, tested positive for the coronavirus, with “moderate” symptoms, and will, therefore, remain in quarantine.

Justin Trudeau “is healthy and shows no symptoms.

However, as a precautionary measure and on the advice of doctors, he will be in isolation for an expected 14 days,” the Prime Minister’s Office announced.

Around the world, especially in Europe, where more than 20,000 cases have already been reported, the epidemic is continuing its inexorable progression, disrupting people’s daily lives, from travel restrictions to border closures.

In New York, for example, emblematic places have announced their closure, such as the Metropolitan Museum and Broadway theatres, and all gatherings of more than 500 people have been banned.

Disneyland amusement parks in California, Florida and near Paris are also being closed as a precautionary measure.

In Austria, the ski resorts in the Tyrol will be closed in advance, while in Belgium social venues such as restaurants and cafés will be closed.

In Rome, all churches have closed their doors to the faithful until 3 April. The Mormon Church has announced the suspension of all its public ceremonies worldwide until further notice.


Italy recorded its thousandth death on Thursday, between 5,000 and 10,000 people are likely to be infected in the United Kingdom – where only 590 cases are recorded – according to the government, and the number of cases has exploded in Spain.

The European Centre for Disease Prevention and Control (ECDC) warned on Thursday of a “high” risk that the health system in the EU and the UK could be overwhelmed by the epidemic.

In China, however, the starting point of the epidemic, the number of new infections fell to 15 on Thursday, the lowest since mid-January.

The European Central Bank (ECB) announced on Thursday that it would be announcing a new outbreak of the disease and that the stock markets were disappointed. Milan, Paris, and Madrid recorded their worst plunges at the close, London and Frankfurt the worst in more than 30 years.

On Wall Street, the main indices continued to plummet.

On Friday morning, the Asian stock markets continued their downward slide: in Tokyo, the Nikkei index fell by more than 10%, while the Chinese stock markets also opened sharply lower (-7% in Hong Kong).

The impact of the epidemic on the global economy remains “difficult to predict” and will depend on the scale of the pandemic and the responses of affected countries, the IMF said on Thursday, adding that global growth in 2020 would be lower than in 2019.


The ECB notes a “considerable worsening of short-term growth prospects” in the eurozone, warned its president, Christine Lagarde.

After the massive aid already announced by the world’s major financial institutions, the ECB on Thursday unveiled an arsenal of measures aimed at stemming the financial panic and limiting the economic impact of the pandemic, combining loans to banks – so that they can help companies avoid a wave of bankruptcies – and the purchase of public and above all private debts.

On the other hand, it has not touched its key rates, a status quo that has accelerated the collapse of the equity markets. 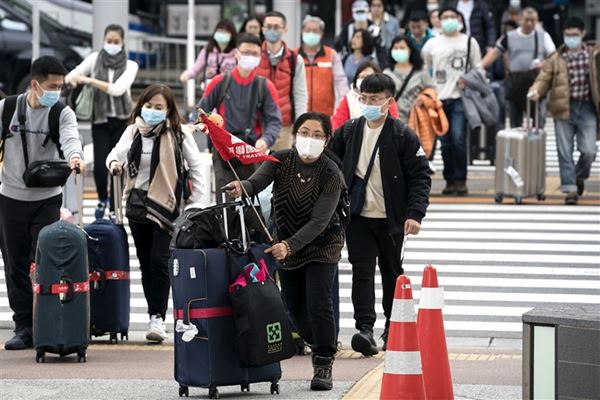 The EU will already examine the economic impact of the US decision the day before to ban travelers from 26 European countries from entering the United States – which has 1,100 cases – from Saturday for at least 30 days.

This will have a “strong impact” on the economy, conceded President Donald Trump, about his surprise measure, which has led many Americans, worried about being blocked in Europe, to rush to the airports in Paris, London or Amsterdam, shortening holidays or business trips.

For the director-general of the International Air Transport Association (IATA), Alexandre de Juniac, the shock caused by this crisis to his sector is “extremely brutal”.


But two European countries took similar decisions on Thursday: Slovakia has announced the closure of its borders to all foreigners except Poles, and the neighboring Czech Republic has banned travelers from 15 countries.

In the world, 131,460 cases have been recorded in 116 countries and territories, causing the death of 4,923 people, according to a report compiled by AFP from official sources on Thursday at 17:00 GMT.

The head of the World Health Organisation Tedros Adhanom Ghebreyesus tried to reassure by saying that the pandemic was “manageable”.

In Italy, which now has more than 15,000 cases, including more than 1,000 deaths, all businesses, except those deemed essential, are now closed.

These measures have left the Italians perplexed, struggling to judge which ones were essential.

On Thursday, for example, it was impossible to find a laundromat open, even though it was exempt from closure.

Schools in the Madrid region have been closed. The entire government was being tested for coronavirus.

The English championship, the richest in the world, is also faltering: Arsenal coach Mikel Arteta (Spain) has tested positive for the coronavirus, as has a first player, the young Englishman Callum Hudson-Odoi (Chelsea).

An emergency meeting will be held on Friday morning to decide on the rest of the Premier League season.

The Olympic flame for the Tokyo Olympics was lit on Thursday at the ancient Greek site of Olympia in a shortened ceremony and in the absence of spectators, so the opportunity to keep the games going is debated.


And the European football championship, scheduled to take place in 12 countries from 12 June to 12 July, is also increasingly under threat.

Coronavirus: After Netflix, YouTube will also reduce the quality of its streaming video to relieve the internet