Skip to content
Uncategorized
March 11, 2020August 27, 2021 Admin actualités, Elon Musk, SpaceX, Starlink
SpaceX’s Starlink satellite broadband will have latency low enough to support competitive online gaming and will generally be fast enough that customers won’t have to think about Internet speed, Elon Musk said at a conference yesterday.
The Space X boss promises to offer low latency with its giant constellation. The service will be aimed primarily at rural areas. 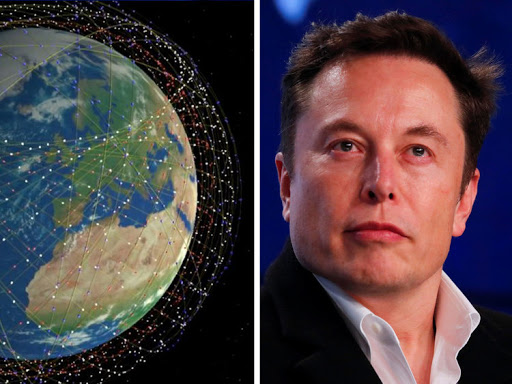 Elon Musk said yesterday that the Internet access offered by his Starlink constellation will be characterized by its low latency of fewer than 20 milliseconds.

This will allow users to participate in video game competitions.

“It will be a pretty good experience because it’ll be very low latency,” Musk said in a Q&A session at the Satellite 2020 conference (see video).
“We’re targeting latency below 20 milliseconds, so somebody could play a fast-response video game at a competitive level like that’s the threshold for the latency.”
The latency of less than 20ms would make Starlink comparable to wired broadband service. When SpaceX first began talking about its satellite plans in late 2016, it said latency would be 25ms to 35ms.
But Musk has been predicting sub-20ms latency since at least May 2019, with the potential for sub-10ms latency sometime in the future.

No competition with telecoms operators

This promise was made by the Space X boss at the Satellite 2020 conference taking place this week in Washington.
However, he said his service would be more suited to rural areas than to urban centers where there will be less bandwidth available.
Elon Musk concludes that it will not compete with the big telecom operators.
He sees Starlink as a complementary way to connect the low-density US campaigns that are the most difficult to cover.

SpaceX could launch up to 30,000 Starlink satellites…

Elon Musk’s space company has completed a launch authorization document for an additional 30,000 satellites for its Starlink constellation. This could bring the mesh size to 42,000 satellites in low orbit.

To be able to launch an additional 30,000 satellites, this is what SpaceX has asked the International Telecommunication Union, the competent authority in this area.

Elon Musk’s space company, which had already received authorization in November 2018 to launch 12,000 satellites dedicated to covering the earth with an internet connection.

The Starlink project could thus have up to 42 000 satellites

A strict condition: SpaceX is not obliged to launch all these satellites – there are however minimum launch rules – but sees broad scope for its network, whose goal is to provide a low-latency gigabit internet connection to all the populations of the planet.

SpaceX has already launched the first 60 satellites into a low orbit of between 1150 and 1325 kilometers.

While the first launch authorization for the 12,000 satellites had already raised criticism, in particular, because of the impact this could have on the amount of space debris, it is likely that the alarm bell will be rung again for these new units.

It must be said that the space agencies are already tearing their hair out with just under 9,000 satellites in orbit. So with 42,000 more…

“I am confident that we will not cause any impact whatsoever in astronomical discoveries. Zero. That’s my prediction. We’ll take corrective action if it’s above zero,” Musk said.

People get a little excited because when the satellites are first launched, they’re tumbling a little bit so they’re kind of like, they’re gonna blink.

And because they haven’t stabilized, they’re raising their orbits, they’re lower than you’d expect, and they’re kind of naturally going to reflect in ways that are not the case when they’re on orbit.

But now that the satellites are on orbit, I’d be impressed if somebody can actually tell me where all of them are.

I have not met someone who can tell me where all of them are, not even one person, so it can’t be that big of a deal.

Google Search adds a watchlist function for movies and series