Call of Duty: Warzone, the “Battle Royale” of Modern Warfare 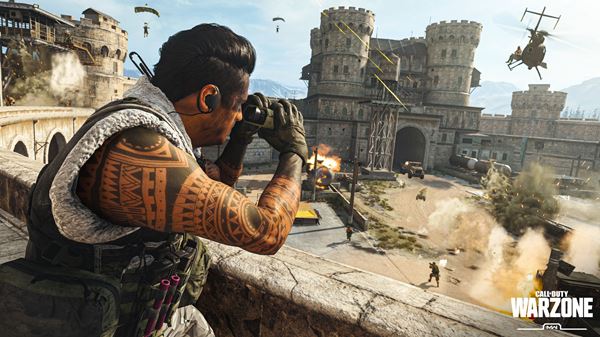 
Not only will it be added to Modern Warfare, but it will also be available for free download for those who don’t have the latest Call of Duty.

In a trailer put online by Activision, we also discovered that several news items that had been “leaked” in recent weeks were true.

Available on PC, PS4 and Xbox One, Call of Duty: Warzone keeps reminding us that it is still in beta stage. An admission of caution barely masked, for a game that already holds great promises.

The permissive Call of Duty style Royal Battle
We can already hear the detractors of the Battle Royale complaining about the lack of ambition of Activision with Warzone.

It’s true: the free-to-play born from Modern Warfare is comfortably installed in a slipper already pre-warmed by PUBG, Fortnite and Apex Legends.

But that doesn’t stop him from adding a few twists here and there to make the experience more exciting.

Let’s recall the principle. On a huge map (an enlarged version of Verdansk, on which scenery elements from almost all Modern Warfare maps have been integrated), 150 players divided into squads of 3 have landed.


Their objective? To equip as quickly as possible and survive as long as possible while the “ring” (here symbolized by a poisonous gas) gradually closes.

To this outdated formula, Call of Duty: Warzone adds a few well-smelling elements. The first being money.

Everywhere on the map, there are chests containing weapons, armor or elimination sets, but most importantly: Pez.

Thanks to these green bills (actually they are rather blue), it is possible to buy more devastating elimination series, but also a healing kit to get back on your feet in case of elimination by an opponent.


Even better: you can also buy back the lives of your teammates if they’ve been knocked out.

Which brings us to the other big novelty of this Warzone: the Gulag.

On your first death of the game, you will be captured and taken to the Gulag (no more and no less than the Gulag Shower card available in Skirmish mode) and will have to fight for your life. 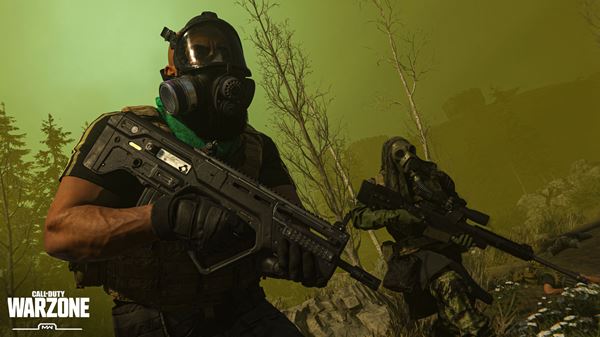 At the end of a short queue, during which you can throw stones at other unfortunate people who are dueling, it will be your turn to prove your worth.


As in Skirmish mode, you appear with a random weapon and must defeat your opponent. If you succeed, you will be sent back to the battlefield where you will be able to find your teammates to continue the game.

Between that, the ability to redeem the lives of his friends and of course the ability to relieve his companions wounded in battle, Call of Duty: Warzone is a particularly permissive Royal Battle.

An unusual rhythm for Call of Duty

There is a highly unusual dynamic in Warzone for anyone who has spent hundreds of hours on Call of Duty: Modern  Warfare (or any other part of the saga).


Where traditional multiplayer modes are ultra nervous, and where the winner of a duel is most often the player who has seen his opponent first, the resulting Battle Royale calls for moderation and caution.

Not that it’s unpleasant, but you have to admit that the rhythm of the game is taking quite a beating.

Despite the 150 players on the map, it can sometimes take up to ten minutes without encountering another group. That’s enough to increase the pressure even more,” Battle Royale fans will tell me.

And they would be right; especially since Activision also wanted to include another twist to motivate the troops: contracts.

Occasionally, in the vaults, you may find contracts.

These are time-limited missions that will require you to secure a building, in this case, to eliminate a particular target or to find four safes in the time allotted.

If you succeed, you’ll be able to rob the mall and get the killstreaks of your dreams.

The good surprise of the Pillage mode 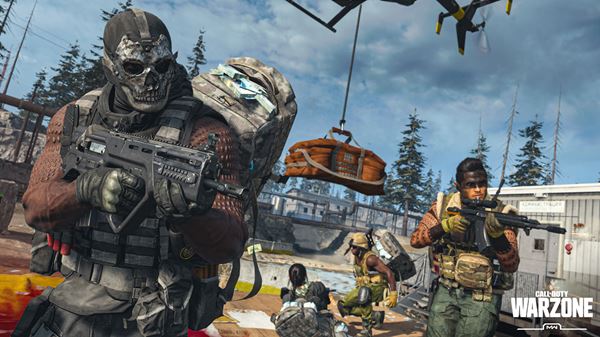 We weren’t expecting this, but the Plunder mode that comes with this Battle Royale is probably the best idea of Call of Duty: Warzone.

Here, the goal is not to be the last squad alive but to collect the biggest booty (1 million dollars).


To do so, it will be necessary to loot all buildings, fulfill contracts and – of course – hunt down the other squads that landed in Verdansk.

Unlike the Battle Royale mode, Plunder has no reappearance limit.

The problem is that once you’re shot down, you lose not only your equipment but also your wool stocking. Therefore Warzone has two methods to secure your loot.

The first will remind Division players of some of the stressful times they’ve been under.

On the map will appear places to call a helicopter, which will come quickly to extract all the money you have collected so far.

The catch is that all the other players will be notified of your maneuver – and therefore your position.


To be honest, we would have preferred the helicopter to have appeared later to increase the players’ heart rate even more. In this case, it only takes about 15 seconds.

The second method is much quieter, and this time inspired by Metal Gear Solid V.

Very rarely will you find a drop balloon in the vaults – reminiscent of MGS’s Fulton balloons?

You can deploy it wherever you want, and you can extract a part of your booty to secure it.

In the end, looting is a much more stressful mode than Battle Royale.

Who would have thought that Activision would capture so well the profound nature of the human being, who obviously cares more about the money he has accumulated than about his life? 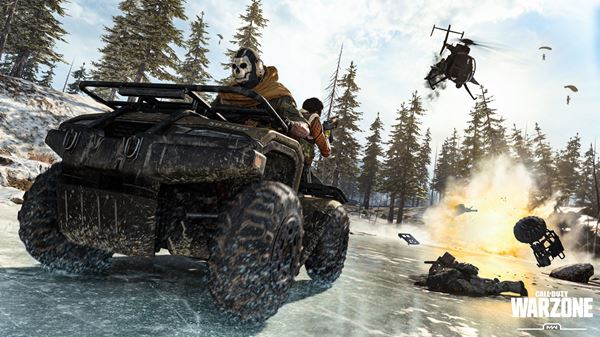 Many might over-enthusiastic predict the impending death of one Apex Legends in the light of the release of Call of Duty: Warzone.

Their words should be tempered, as it transpires so much from this Royal Battle that it has been tinkered with from an engine that never had the vocation to propel such a game mode.

After several games, and not without a certain amount of fun, Warzone still gives the impression of playing a nice mod rather than a full-fledged game.


In reality: an improved version of the co-op missions already available on Modern Warfare – and clearly one of the less exciting elements of Infinity Ward’s FPS.

Some parts of the map look too empty, and the original punch of Modern Warfare weapons doesn’t fit well with such armor-induced enemy resistance.

Sometimes, all this sounds a bit wrong, and you can feel that the varnish applied by the developers on this game mode isn’t dry yet.

This is especially true for the in-game scoring system.

As in Apex, Warzone allows us to “ping” all the elements of the scenery to indicate, for example, a weapon cache, or the presence of an enemy.

But often, the cursor has a hard time understanding where it should be placed, or if it should indicate a place or a threat.

This is because, in terms of key mapping, it’s hard to understand the logic of Infinity Ward: press Alt-left once (default) to place a cursor, and twice to indicate a threat.

In other words, in the heat of the moment, we’ve seen that it’s more convenient than pressing twice on a button that’s right under the palm of your hand.

But, as we wrote in the preamble of this test, Call of Duty: Warzone is still in its beta phase, and there is still plenty of room for improvement.

Especially since the foundations are solid, and the fun is there. Besides, it is still surprising that Activision hasn’t flooded its free game with microtransactions and other monetized cosmetic elements.

For now, Warzone’s progress is linked to that of Modern Warfare, which also shares its shop and season pass.

While it may come as a surprise that Activision is releasing a Battle Royale in the middle of the Modern Warfare lifecycle, it should not be forgotten that we are talking about a stand-alone free-to-play game.

In other words: it’s here to stay, so you can bet that the next game in the license will escape the presence of a Battle Royale.

So it is by considering it as a game in its own right that we enjoyed playing Call of Duty: Warzone.

The map is huge, the bugs few (for a beta) and the tension palpable.

One only regrets that the engine used here is not of better will to propel a game mode that gives pride of place to open spaces and vehicles.

How long Warzone lasts will depend on how many players try it. But judging by the name on the cover, Call of Duty: Warzone should have a bright future.

Making money in your sleep is possible on Twitch

Warcraft 3: Reforged, Blizzard takes the shot and pays players back