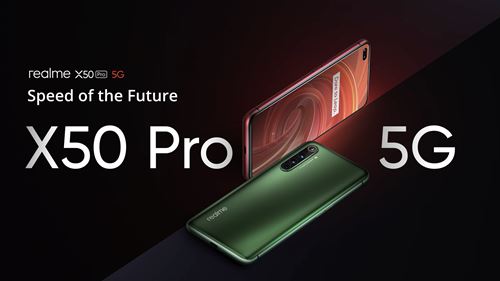 Compatible with 5G, Realme’s new high-end smartphone  – Realme X50 Pro – impresses with its features. It is one of the first mobile phones to be equipped with the Snapdragon 865 processor.

Just announced in Madrid (its announcement was initially planned at the MWC in Barcelona), the new smartphone from the Chinese brand embeds the latest technology at a very aggressive price.

Realme, a company in the BBK Electronics group (Oppo, OnePlus and Vivo), is aiming to make a name for itself in 2020.

Not much is missing 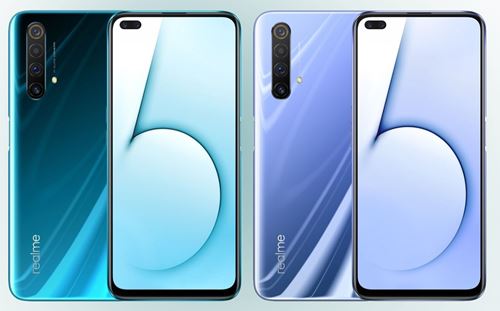 Originally intended for the entry-level market, the Realme brand has for some time been focusing on the high-end sector.

Its X2 Pro, released at the end of 2019, was indeed a flagship killer in the OnePlus line.

The new X50 Pro 5G takes it one step further by incorporating Qualcomm’s Snapdragon 865 processor, a latest-generation component that few manufacturers currently use.

Another advantage of the Realme X50 Pro is that the smartphone uses SuperDart fast charging technology (a renowned version of Oppo’s SuperVOOC 2.0).

Connected to a 65W high-power charger, the smartphone can be fully charged in… 35 minutes. This feat is all the more impressive since it has two batteries with a total capacity of 4200 mAh, which should give it a very good autonomy.


It should be noted that if the brand has separated the battery of its X50 Pro into two parts, it is precisely to allow it not to heat up too much during recharging.

Aesthetically, the Realme X50 Pro looks very successful. Equipped with a 6.44-inch OLED screen in 20:9 format, it hides its two front cameras (wide-angle and ultra-wide-angle) in a punch, which allows it to avoid the notch.

With a refresh rate of 90 Hz, its screen should offer better fluidity than on most other smartphones. However, Realme does not take the 120 Hz bet as Samsung and OnePlus have done.

On the back of the Realme, X50 Pro 5G is a quad-camera module. The main lens of the smartphone, attached to a 64 Mpix sensor, opens at f/1.7 and should take excellent night shots according to the company (we’re already looking forward to checking it out). 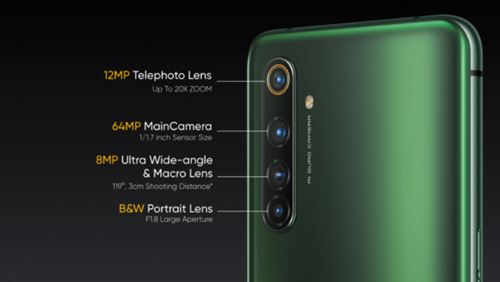 The mobile also has an ultra-wide-angle (with an 8 Mpix sensor) and a telephoto lens (12 Mpix sensor) with no optical magnification coefficient, Realme preferring to communicate on a “hybrid zoom x20”, which doesn’t mean much.


Finally, the last lens is the most original, it is a monochrome camera dedicated to portraits.

Starting at 599 euros, the Realme X50 Pro 5G is one of the cheapest 5G smartphones on the market today.

The most premium version of the mobile, with 12 GB RAM and 256 GB storage, costs 749 euros, making it Realme’s most expensive smartphone.

The X50 Pro range is expected to be available in Europe in April.