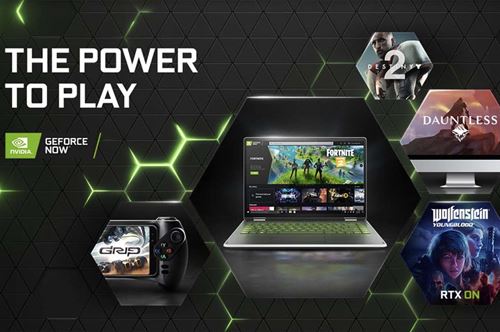 GeForce NOW, Nvidia’s streaming gaming offer is available, we give an update on this service which is opposed to Stadia or French Shadow.

Nvidia comes to compete with Shadow and Google Stadia by launching its Cloud Gaming offer, GeForce NOW. It does not look like any service that currently exists, so it seemed important to us to gather all the questions about it and to provide some answers.

No, not really. Historically, GeForce NOW (GFN) was a cloud gaming service that was only available from Nvidia’s Shield family of products.

In order to access it, you had to pay a subscription fee of about 10 euros, which then gave you access to a catalog of specific games, some free and some paid for.


It was also possible to connect your Steam and Uplay accounts to GFN to enjoy some of your games compatible with the service.

In 2017, change of strategy and operating model. GFN becomes autonomous and goes into the closed beta phase.

It is no longer a question of offering basic securities and others to buy in an online shop. Only those you own on Steam, Uplay and so on and compatible with GFN will be playable.

First deployed in the US, the beta phase will not arrive until 2018 in France. To access it, you had to register on a waiting list and wait for Nvidia to validate or not your profile.

Nvidia GeForce NOW, how much does it cost? 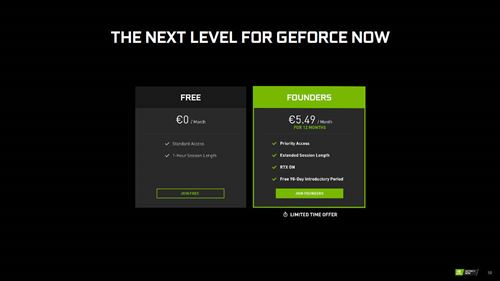 Today, Nvidia launches two offers. One free and one paid. The first one allows you to play your games remotely, in Full HD, during sessions that do not exceed one hour.

After this time, you are disconnected and must place yourself in a waiting list to continue your game.

The fee-based offer is launched at 5.49 euros per month, with no obligation. This price is valid for one year only. When you subscribe, your first three months of service are free.

You can then play your games in continuous 6-hour sessions, you have priority in the queues and can enjoy ray tracing on compatible titles.

Nvidia GeForce NOW, what do I need to enjoy it?

An internet connection of 15 Mbps minimum, even if Nvidia recommends 25 Mbps. Wired (Ethernet) is to be favored over Wi-Fi, but if you have no choice, prefer a 5 GHz network for more stability.

Then download the client or app to the device, enter your username and password and you’re done. You don’t download anything to your device. As for Stadia, you simply stream the video stream of the games launched on the Nvidia servers.

To date, Nvidia has partnerships with Steam, Origin, Uplay, and Battle.net. More than 400 games from these portals are compatible with GeForce NOW.

The complete list can be found on Nvidia’s dedicated website. You must have them upstream to be able to find them on your GeForce NOW account, synchronized with these clients.

For the moment, GOG Galaxy is not supported by the Nvidia platform, just like the Epic Store.

However, Nvidia offers a few Free-to-Play games taken from the catalogs of its partners, including Fortnite.

Please note that Nvidia announces that it is possible to temporarily install (for the time of a game session) more than 1000 games recognized as compatible by GFN.

However, it is impossible to keep them permanently: you will have to reinstall them in order to play them again once your session is over.

Nvidia GeForce NOW, can I play it anywhere?

For the moment, no. The GeForce NOW network is built around multiple data centers. There are 9 of them in the United States and 6 in Europe (only the West is covered) that belong to Nvidia.

In South Korea, it is the operator LGU+ that lends its infrastructure, and SoftBank in Japan. In Russia, a dedicated structure called GFN.ru is responsible for operating the service.

In all, Nvidia announces that 30 countries can access GFN. Outside of these geographical areas, GeForce NOW is inaccessible.

Nvidia GeForce NOW, what are the short term prospects?

Nvidia hopes to be able to offer its service on Chromebooks this year.

The problem is that there is a very wide variety of machines running under Chrome OS and as many configurations.

We must be able to ensure compatibility with the largest number even if we stream only one video stream. In France, the interest of such compatibility may seem rather limited because Chromebooks are not legion.

But in the United States, the land of the high-speed proliferation of Chromebook, the stakes are high for Nvidia.

Nvidia has automatically converted their beta account into a Free offer. In the medium term, the company hopes to double the stake.

At its peak, the service should be able to accommodate 1 billion players… it is, in any case, the dream of Nvidia’s CEO!

The end of Microsoft’s support for Windows 7

A photo of Taylor Swift hiding a malicious crypto-mining code