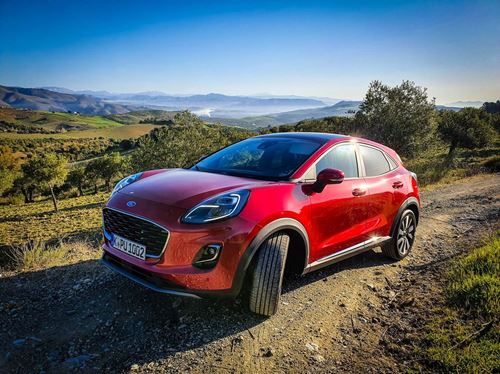 Determined to shake up the Renault Captur, Ford resurrects the Ford Puma 2020. The most feline of its vehicles, which returns in the form of a compact SUV. To achieve its goal, the American is counting on a weighty argument: hybridization.

At Ford, the electric turn begins with a wink to the past. The first of the 14 electrified vehicles that the manufacturer will launch this year is an “old lion”.

Indeed, the first Puma of the name had seen its history come to an end in 2002. Its successor has very little to do with the coupe of the 1990s. It’s a compact and stylish SUV that inaugurates the mild-hybrid (mHEV) engine at Ford. 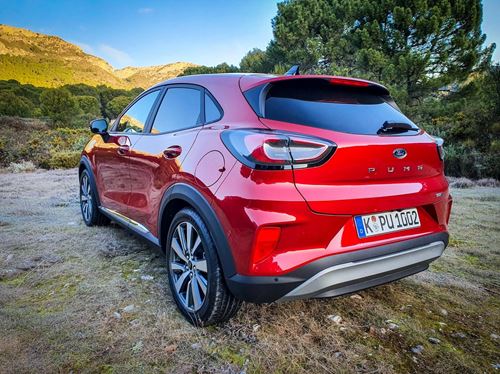 On the outside, the Ford Puma is quite successful. Its length would tend to place it in the middle of its class. In terms of width, however, it’s one of the most imposing.

These dimensions give it a rather massive look, which is counterbalanced by very fluid lines in a design that sometimes reminds us of the Mustang Mach-E, the 100% electric SUV introduced at the end of last year.

In fact, it is from the Fiesta that the Puma borrows its base, which is not without impact on the future potential of the Puma.

Although the mild-hybrid engines will soon be joined by more classic versions (petrol and diesel), the compact SUV will not be able to evolve into a 100% electric version.

The Ford Pass for an ever more connected SUV 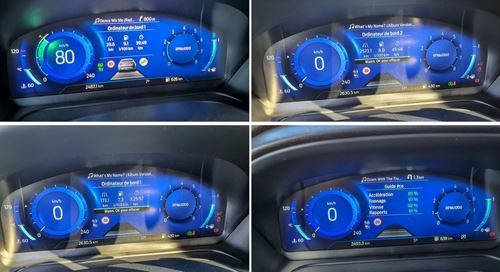 Inside, Ford is returning to the (good) habits initiated with its latest Focus, namely integrating numerous driving aids and a nice compendium of standard technologies.


The dashboard is relatively uncluttered, with an 8-inch touch screen in the middle. The digital instrumentation is, for once, slightly customizable.

The entire package runs on Ford Sync 3.4, one of the most intuitive and user-friendly onboard OSes on the market. And even if it’s not to your liking, the American is one of the least restrictive manufacturers when it comes to switching to CarPlay or Android Auto.

On this point, the presence of a second USB port on the dashboard would have been nice, but the Puma is content with a single port placed above a vertical induction charging zone.

On the other hand, it’s the passengers in the back that benefit from this second USB port, which again, is not so usual for such an affordable car.

This is a vehicle-to-vehicle communication system that alerts drivers to traffic conditions or potential hazards on the road.

In fact, all vehicles equipped with a modem and members of a partnership with Here report this data, but at Ford, the Puma is the first that does more than just provide information. It is also able to display it and warn its driver. 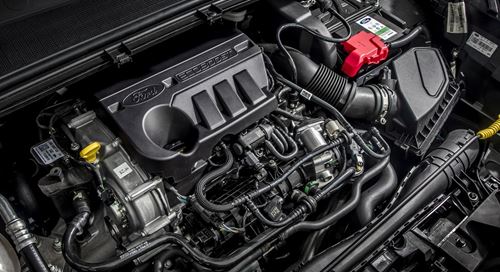 The main novelty of this Puma and probably one of its best selling points is to be found under the hood, or rather under the seats.

It’s a small hybrid engine coupled with a reduced battery supplied by LG. This duo allows Ford to offer the mild-Hybrid on its SUV, i.e. a light hybridization that essentially acts on the acceleration phases and would allow lower fuel consumption.

The promise of the mild-hybrid is actually twofold. This electrification, even if very light, would indeed make it possible to reduce the bill on daily journeys.

For Ford, this saving is significant since the manufacturer has announced a fuel consumption gain of up to 10% on its 125 hp model and up to 15% for the 155 PS version.

In reality, the figures put forward by the manufacturer seem very ambitious. Even with a smooth ride and in eco-mode, we didn’t manage to get below the 6L/100 km expected.

In reality, with mixed driving, by oscillating between the different driving modes, our consumption varied between 6 and 7 l/100, which is certainly very correct but below the expectations allowed by the mild-hybrid. 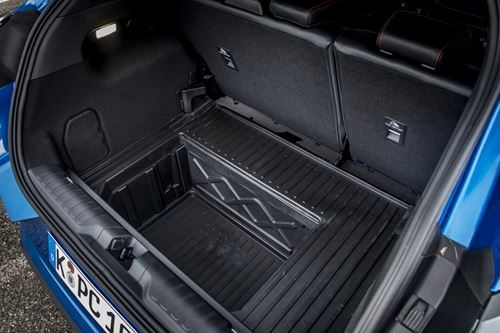 The Puma’s other big argument isn’t technological, it seems down to earth, but it’s still quite relevant since it concerns space.

Ford’s compact SUV offers the largest trunk in the segment with a volume of 456 liters. This abundance of space is made possible thanks to a little trick the automaker has its own trick that we should see regularly on its upcoming models, namely the “Megabox”.

This is additional space under the trunk, made possible by the absence of a spare tire, which increases the initial trunk capacity by 54 L.

The additional advantage is that Ford has equipped this box with an emptying hatch that allows it to be filled with water, among other things. Handy when you want to clean your muddy sneakers or if you want to secretly raise a school of goldfish.

Please note, however, that not all Puma buyers will benefit from this 456 L capacity.

Indeed, while developing its SUV, Ford realized that the battery/engine block placed near the Megabox could be moved under the passenger seat, thus offering additional space.

As a result, the first models leaving the factory, probably until June, will see their trunk reduced to 402 L, while the following ones will be equipped with a larger Megabox and thus 456 L of storage space.

How’s it look on the road?

The ST-Line X with 155 hp and the Titanium with 125 hp. The sporty version mounted on 19-inch wheels is certainly more dynamic, but also a little stiffer, with its 18-inch Titanium equivalent giving priority to driving comfort over everything else.

Even though the Puma is still very pleasant to drive overall, you have to make use of the available driving modes to really enjoy its versatility. 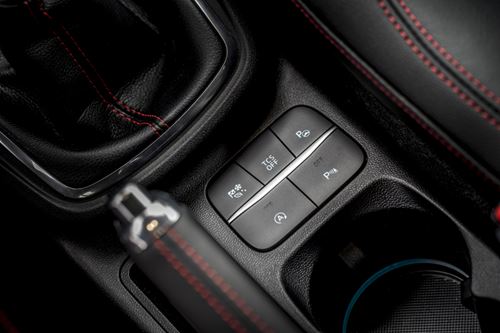 A relatively misplaced “Drive Mode” button near the handbrake allows you to change the car’s settings. You have to press it several times to switch from one mode to another, Ford offering five different ones.

In reality, only the “eco” and “sport” modes seemed really relevant to us. The former reduces the Puma’s performance to increase fuel consumption, the latter does exactly the opposite and gives priority to the driving sensations, with quite a bit of success.

In the end, the normal mode seemed quite soft to us and it’s quite logical when you know that it’s the one that benefits the least from the car’s hybridization.

The Ford Puma is a real nice surprise. Pleasing to the eye, pleasant to drive and full of good ideas, starting with this Megabox that considerably increases its trunk capacity.

What’s more, its hybrid powertrain is a real advantage that doesn’t imply any extra cost or even allows you to make some savings.

In any case, it is undoubtedly one of the most serious competitors of the segment’s top performer, the Renault Captur… at least as long as it is not offered in an E-Tech hybrid version.

This is undoubtedly Ford’s success: to have managed to market one of the most successful vehicles in its category, at an attractive price (from 22,900 euros).

This desire to make the hybrid “affordable” still lacks a little panache. Because if hybridization exists, the mild-hybrid is by far the least efficient and the least ambitious from an ecological point of view.