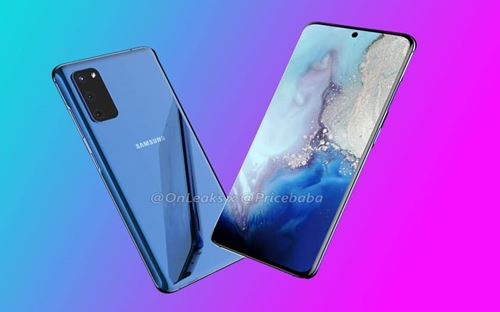 The Galaxy S11 (S20) is Samsung’s next top-of-the-line smartphone. Expected in early 2020, it already promises to be the South Korean manufacturer’s top-of-the-line.

On the menu of the future flagship is a triple/quadruple photosensor of 108 Mp, a perforated Infinity-O screen and a design inspired by the latest Note 10.

Together, we review the first information available on the Galaxy S11, whose official name would be “Galaxy S20”.

The latest news is that the successor to the Galaxy S10 may eventually be called Galaxy S20, not Galaxy S11. Samsung has reportedly opted for the Galaxy S20, S20+, and S20 Ultra for its new smartphone line-up this year.

The ultra-high-end version would be renamed S20 Ultra. So Samsung decided to shake up its habits, probably to be a bit like its rival Apple.

Samsung will introduce the Galaxy S20 on February 11, 2020, at an Unpacked conference in San Francisco.

The firm confirmed the date of the presentation in a teaser video posted on YouTube and in a press release. Following this, the manufacturer will unveil the Galaxy Fold 2, its second folding smartphone.

we can expect a rate similar to that of Galaxy S10. The “e” variant would thus be marketed at around €750 in Europe.

The standard model would be sold at a starting price of around €900.

The presumed S11+ would thus be offered at a little over 1000 euros. For the time being, these are still only estimates. We will update this file as soon as we have more information. 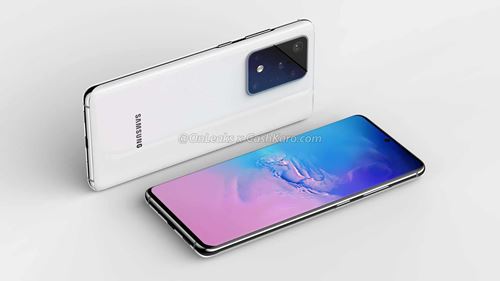 One of the new features of this smartphone was likely teased by Qualcomm when it unveiled its new Sonic Max 3D fingerprint sensor: the new sensor has the added benefit of increased speed and accuracy.

Most importantly, it allows two fingerprints to be scanned at the same time for added security.

According to Ice Universe, the famous leaker, Samsung is going to go all out on the photograph. The first rumors are based on the integration of a quadruple photo sensor composed of the main module of 108 Mp.

It would be the ISOCELL Bright HMX designed in partnership with Xiaomi. This sensor offers a definition equivalent to that of a high-end DSLR camera.

A leak ensures that the 108 MP sensor to be integrated into the S11 is a variant of the Bright HMX.


This photo module would be accompanied by three other photosensors. In particular, there would be a ToF sensor dedicated to a depth of field detection.

The S11 would benefit from more than an x5 optical zoom developed by Corephotonics, an Israeli firm bought by Samsung.

Samsung Electro-Mechanics has also started mass production of a new photo module with an x5 optical zoom in May 2019.

A zoom of space like Pixel 4 would also be part of the game. In addition, the smartphone will be able to record 8K videos. 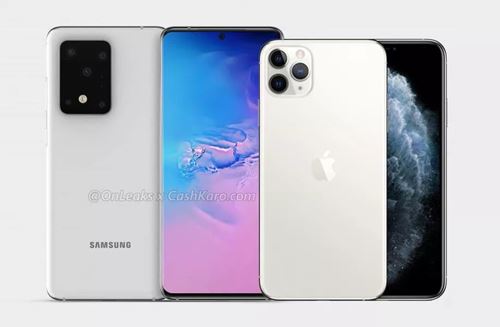 According to the first renderings appearing on the canvas (and visible below), the S20 would be sublimated by a screen found Infinity-O encircled by thin borders.

The punch hole is smaller and placed in the center in the manner of Galaxy Note 10. We would also find the Aurora colors inspired by Note 10.

At the risk of repeating the words “Note 10” once again, everything indicates that it will have a design extremely similar.

On the back, however, the photosensors would no longer be horizontal but in a rectangle that reminds a bit of the square in which almost all the competitors have decided to put their photosensors this year.

According to Evan Blass, Samsung has decided to increase the screen size compared to the Galaxy S10.

The cheaper S11e variant would thus have a screen as large as this year’s S10+. Here are the sizes unveiled by the leaker :

Rumour has it that some models in the range are being upgraded with an AMOLED screen with a 120 Hz refresh rate.

According to a tweet from Ice Universe, Samsung will offer the 120 Hz screen on all three models in its lineup. Samsung could thus align itself with Google, OnePlus, Asus and Xiaomi.

According to trademark registration, the S11 would be covered by a screen called ‘SAMOLED’.