Power Egg X, the drone that turns into a camcorder 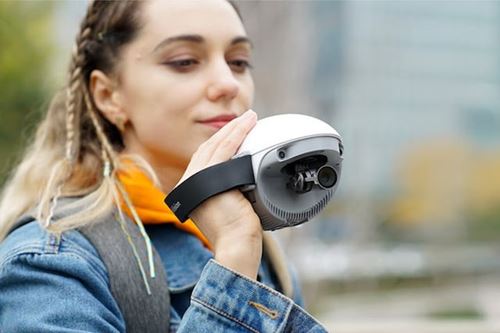 With its ostrich egg look, PowerEgg X is one of the most unusual items at this edition of the Consumer Electronics Show in Las Vegas.

Designed by PowerVision, this egg is both a 4K camera with a three-axis stabilizer and a real drone capable of flying in the rain.

The PowerEgg X can also be equipped with a tripod or a hand strap for use as a handheld camera. It has no screen for aiming, but video output can be done from a mobile phone.

The camera is equipped with 170° wide-angle optics and is capable of filming in 4K at 60 frames per second.

The “Egg”, which weighs 522 grams, incorporates artificial intelligence algorithms to provide face and gesture recognition and automatically track the movements of a specific person while maintaining focus on a specific element of the subject. 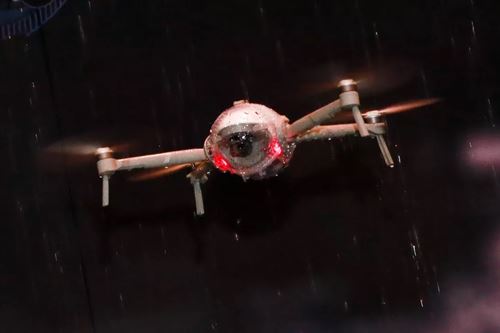 By adding motorized arms and propellers, the camera becomes a real drone, with the same video capabilities.

Unlike many other models, when the aircraft targets a person, it can also record that person’s voice. It remains to be seen whether the sound of the propellers does not render the sequence inaudible.

As a bonus, this drone can also fly in the rain, which is quite rare for a production model. By adding floats available as an option, it is even possible to ditch it.

The PowerEgg X is available in pre-order for delivery at the end of the month in the form of two packs: Explorer (849 euros) and Wizard (1149 euros) which adds water tightness thanks to a bubble for the camera module and its gimbal.

Floats to be fixed on the landing skids are also available.