Panasonic builds on the foundation of its excellent Oled TV set

Panasonic unveiled its new high-end Oled TV at CES 2020, the Panasonic HZ2000, which builds on the Panasonic GZ2000‘s foundation by adding a brightness sensor to improve daylight viewing.

Quality rather than quantity. This adage is particularly appropriate for Panasonic at this ESC 2020. The Japanese company has decided to limit its TV ads to one product, but not the least.

According to the Japanese representatives themselves, there have been no major technical developments between the new model and its predecessor.

Panasonic believes that it offered a very successful product that required only a few marginal improvements.

The televisions are calibrated for cinema use. However, users complain about the performance of TVs in cinema mode. The picture is too dark for daylight use and few people want to switch modes depending on the time of day or the weather. 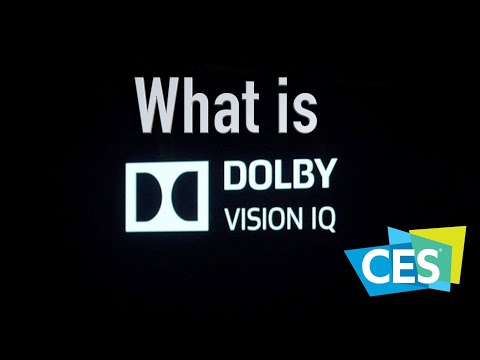 To address this problem, ambient light sensors are becoming more common and have even become a feature at Dolby, called Dolby Vision IQ.

TVs with this logo, such as the Panasonic HZ2000 and some 2020 LG models, incorporate a brightness sensor and adjust the picture according to the ambient light, fully automatically.

When Dolby Vision content is detected, the TV automatically switches to Dolby Vision IQ mode. If you’re in the dark, you get the original picture, true to the director’s vision.

If you’re in broad daylight, the picture is corrected, especially to unclog dark areas and bring out details. The image is then less faithful, but it is fully usable in daylight.

The Filmmaker Mode integrated into the remote control 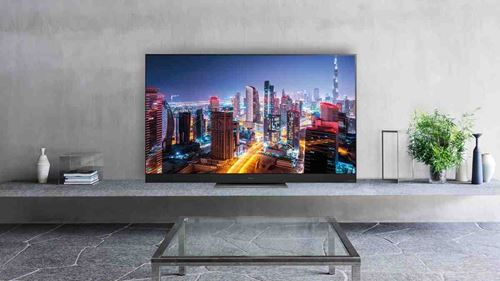 To achieve this, HZ2000 offers two solutions. The first is simple and consists of relying on Filmmaker Mode.

This mode, requested by part of the film industry, consists of disabling some of the image optimization features in order to stick as closely as possible to the original source, i.e. the image as it was conceived by directors and other content creators.

On Panasonic’s newest product, the mode button on the remote control is used to switch to Filmmaker Mode if the need arises.

The other solution is hardware-based and relies in part on the Japanese company’s partnership with Dolby.

Indeed, a few hours earlier, the American company of British origin announced its Dolby Vision IQ solution, which consists of adapting the brightness of the screen according to the lighting conditions of the room in which the television is installed.

Panasonic is, therefore, taking advantage of its partner’s resources while introducing some home-made settings.

As for the rest, the technical specifications of the GZ2000 can be used almost identically for the new HZ2000, which will be released in France in two screen sizes, 55 and 65 inches.

The OLED 4K will once again count on its dual HDR10+ and Dolby Vision compatibility to seduce as well as on one of the best picture quality we have been able to measure this year.

Augmented Reality Glasses in 2020 by Apple