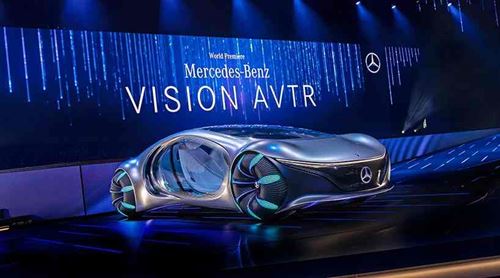 The German brand Mercedes has unveiled an electric concept car straight out of the future: the AVTR Vision.
Inspired by the Avatar universe, it aims to put people, machines, and nature at the heart of the user experience.
The Mercedes Group has the art and the way to put the spotlight on its projects. Its latest concept car was introduced at the Consumer Electronics Show (CES) 2020 in Las Vegas.
The Vision AVTR (Advanced Vehicle Transformation), named after him, draws its inspiration from the world of Avatar, directed by James Cameron. The result is a totally futuristic model based on the interaction between man, machine and nature.
From the outside, the vehicle has very round shapes: its overall appearance is even similar to a cocoon. Its blue interior atmosphere is reminiscent of the predominant atmosphere of the aforementioned film work, while Dinamica vegan leather and a wooden floor form part of the product’s interior.
To put it plainly: the designers have given up their horses to design a phantasmagorical four-wheeler.

Placed at the heart of the user experience, human-machine interaction is materialized by a dedicated area located in place of the center console.
“Instead of a traditional steering wheel, the multifunction control element in the center of the console allows the human and the machine to merge,” explains the press release available for download on the official Mercedes website. 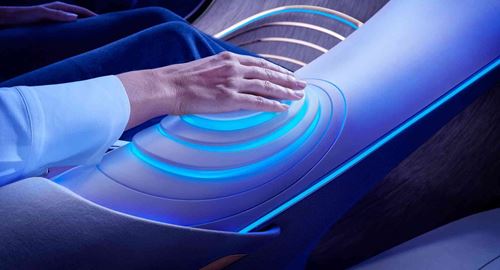 He continues: “By placing your hand on the control unit, the interior comes to life and the vehicle recognizes the user by his heart rate and breathing.
A selection menu is projected onto the palm of the hand, through which the passenger can choose between different functions intuitively.
For example, a 3D graphic can be used to explore Pandora’s virtual world from different perspectives.

This biometric connection is supported by thirty-three “bionic flaps” installed on the roof of the vehicle: “They are reminiscent of the scales of reptiles and are able to communicate with the driver,” the report says.
From a technical standpoint, the Vision AVTR necessarily follows the joys of an electric engine, which delivers 300 kW, or 407 horsepower.
Its 110 kWh battery also gives it a range of 700 kilometers, all available in four-wheel drive.
Finally, an automated charging technology would allow the battery to be fully charged within 15 minutes.
The AVTR is covered on its back with 33 retractable scales, called “bionic flaps” by Mercedes, which the company says could be used to communicate with others.

The shape of the wheels is directly inspired by the emblematic white seeds of the tree of souls that can be seen in the 2009 theatrical release.

These four circular wheels are designed in such a way that the concept car can move horizontally as well as sideways. 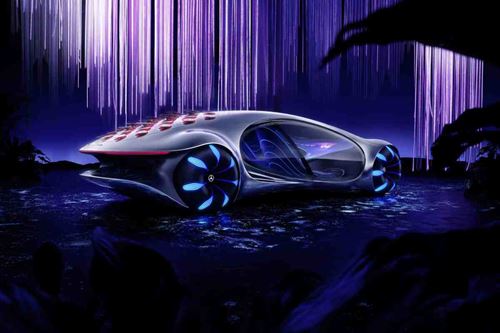 Find all the CES 2020 news on News Tech
These are all fantasies that are not about to come true: that’s what a concept car is all about.

Will tomorrow’s car be electric?