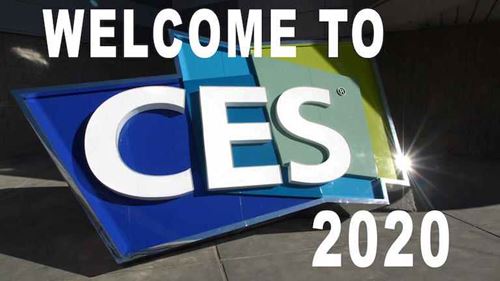 For three days, Las Vegas becomes the technology capital of the world. Find here all the discoveries, favorites, and highlights of the show.
In early January, the Las Vegas CES sets the tone for the coming high-tech year. The 2020 edition has just opened its doors, here are all the announcements and the high tech craziness surrounding this show!


Panasonic builds on the foundation of its excellent Oled TV set

Panasonic unveiled its new high-end Oled TV at CES 2020, the Panasonic HZ2000, which builds on the Panasonic GZ2000’s foundation by adding a brightness sensor to improve daylight viewing.
Netgear Promises 5G and Wi-Fi 6 to Connected Nomads with New Mobile Router 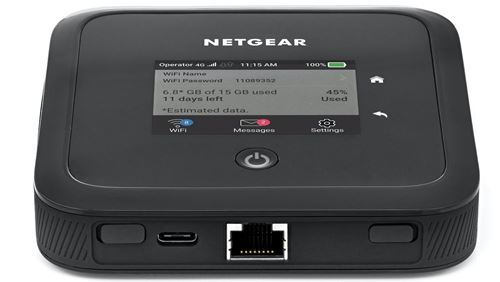 Combining the two latest wireless connection technologies, 5G and Wi-Fi, the Nighthawk M5 has everything to appeal to nomadic users who want to stay connected on the go without discomfort.

Samsung Neon is controversial with its “artificial humans” 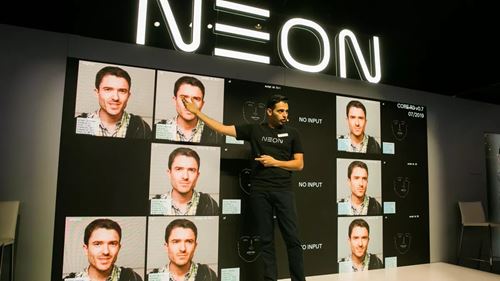 Expected, Samsung presented its avatars of the Neon project, “artificial humans with their own personality”.

The Korean company claims to be able to create and animate avatars so realistically that it would be impossible to distinguish them from real humans.

Used for the wrong purposes, these ultra-realistic deep-fake avatars are as bluffing as they are frightening. 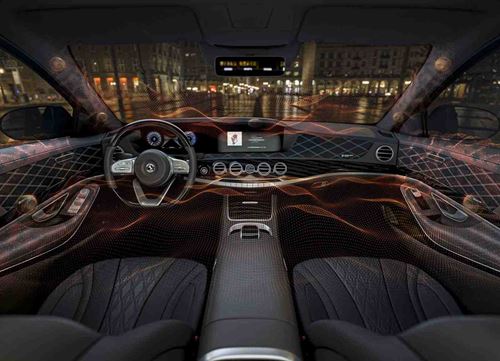 Imagine the interior of a car, with no visible speakers. Even so, the music is audible. That’s the feat that Sennheiser and Continental presented on January 6 at the CES in Las Vegas.
With no visible speakers, the Ac2ated system can reproduce sound that’s also spatialized. However, it is only a prototype for the moment. 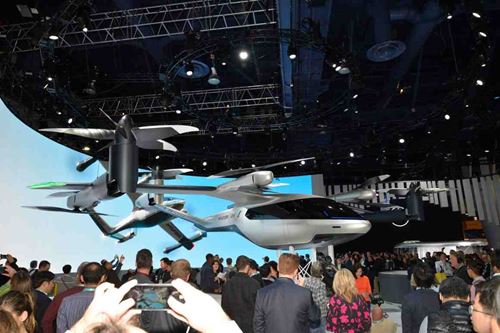 To launch its shared flying taxi service in 2023, Uber has just announced a new partnership with Korea’s Hyundai. The car manufacturer has even presented its concept.
Unsurprisingly, it is an eVTOL, an electric aircraft with vertical take-off and landing like a helicopter. This PAV (Personal Air Vehicle) is called S-A1.

Samsung presents Ballie, a companion robot that looks like a tennis ball

In his opening speech at the CES, Consumer Products Division President H. S. Kim unveiled Ballie, an amazing companion robot that looks like a simple yellow tennis ball. It doesn’t even have the futuristic look of the Sphero BB-8, but rather than of a dog toy.
No release date or price has been announced. 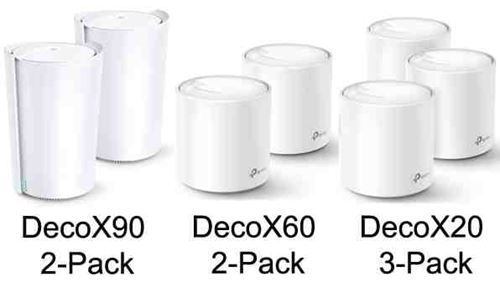 TP-Link, one of the biggest players on the market, has just announced no less than three new elements in its Deco range, its easy-to-configure mesh routers.

Remember that they include at least a main router and a satellite to form a single Wi-Fi network to cover all or part of your home. 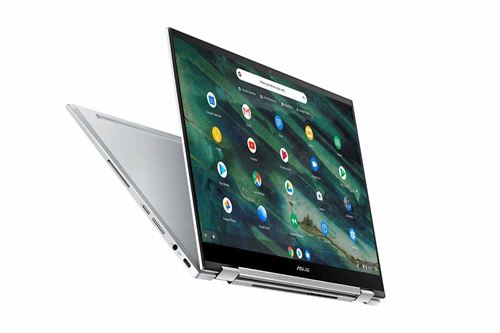 That it is far away the time when the Chromebooks did not make you dream, with their all-plastic case and their anemic configuration.
Today, Asus presents its Chromebook Flip C436, a high-end hybrid, convertible-type computer in 14-inch format. A screen that, by the way, takes up 85% of the space on the front thanks to its very thin edges.
The Asus Chromebook Flip C436 is expected to arrive in France in the second quarter and will start at €1,299, which is the price of a good-quality Windows ultraportable PC. 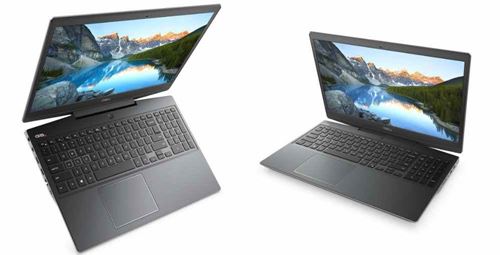 At Dell, we don’t just play with Alienware. G5 laptops are also geared towards gaming. The Texan has just announced at CES 2020 the arrival of the G5 15 Special Edition (SE), a red-flagged 15-inch gamer laptop.
The 2020 Ryzen Special Edition will carry the AMD seal from the processor to the graphics card.
The new machine from Dell is expected to be available in April 2020. The announced price is from 800 dollars, it should be the same in France (from around 800 euros).

SamsungOdyssey G9: the curved gaming screen of all superlatives 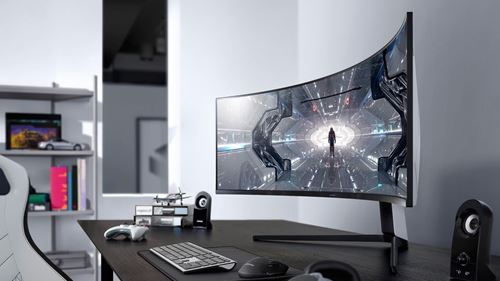 After its rimless 8K TV, Samsung presents an equally incredible curved PC screen: the odyssey G9. Although curved monitors are not necessarily to our taste, we must admit that with this 49-inch model, Samsung makes you dream. Especially since this model is dedicated to video games.
For the moment, Samsung has not yet announced the price of these new screens, let alone when they will be available in stores. 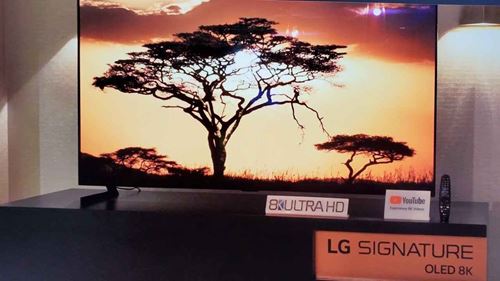 LG is further expanding its TV line-up with a new range of TVs that is richer in models and more diverse. The CX range of OLED 4K televisions is diversifying with a 48-inch “small format” and a 77-inch version to complement the 55 and 65-inch models already on the market.

As for the 8K, the Korean manufacturer will no longer be satisfied with its single 88-inch OLED model and will offer a 77-inch diagonal in the coming months. 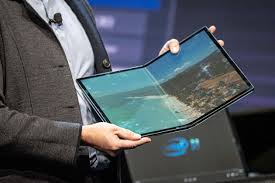 After the folding smartphone screen, move on to the folding computer screen. For the first time in history, Intel presented a functional laptop with a folding screen. A 17-inch OLED panel that can be folded in half to offer a choice of a virtual keyboard or a dual-screen system.
Folded in half, the device manages the two portions as two independent screens, one of which can be used as a virtual keyboard. When fully opened, you are faced with a 17-inch XXL shelf. An experimental device that is also the first machine presented by Intel to integrate its future Tiger Lake mobile platform.

Samsung unveils its stunning 8K QLED TV with no edges 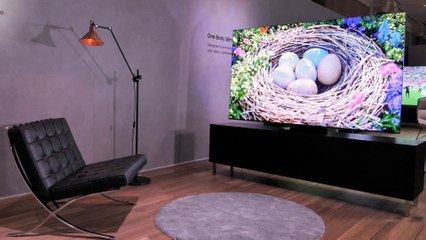 The footage leaked a few days ago, and it’s now official. Samsung has just launched a borderless TV to open the 2020 edition of CES.
Yet, with a tile that occupies more than 99% of the display surface, the Q950T almost manages to make its contours disappear. Price and availability on the Samsung Q950T are not yet known.

what happens to our personal data on the Internet?