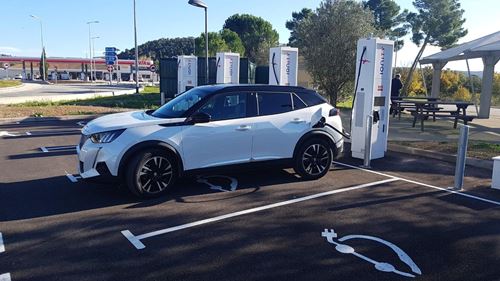 For Peugeot is with its model e-2008, it is a serious step towards the world of the electric car, it must be said that they no longer have a choice, the marketing of the Peugeot 208 and the Peugeot e-2008, for 2020 is not a coincidence.

From 1 January 2020, manufacturers will have to post average CO2 emissions of less than 95 grams per kilometer for their fleets of new cars sold in Europe.

This is an enormous challenge, because it will force them to reduce CO2 emissions by 20% between 2019 and 2020, and if they are unable to comply with this measure, each excess gram will cost the manufacturers concerned EUR 95, multiplied by the number of cars sold in the European Union. 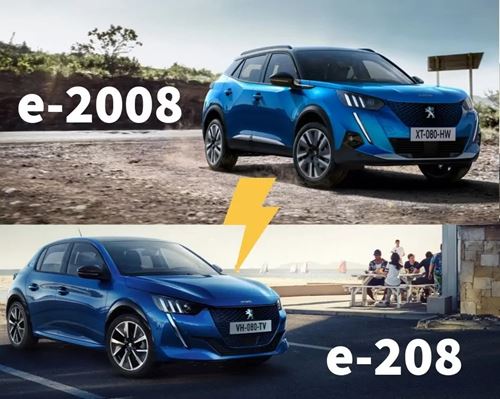 The Peugeot e-2008 has no chassis difference with its thermal version, four trim levels are available ACTIVE, ALLURE, GT-LINE, and GT. The compact SUV is in all cases 4.30 meters long, 1.53 meters high, and 1.80 meters wide, for a weight of about one and a half tons.

As with the Peugeot 208, only a few external elements differentiate the thermal version from the electric versions, the e-2008 logo, and the dichroic lion shape.

The boot is generous with 405 liters and the vehicle is based on the P.S.A. Group‘s e-CMP platform, the same platform that equips the Group’s other electric vehicles such as the Peugeot 208, the Opel Corsa-e, and the DS3 Crossback e-tense.

It has the same characteristics, i.e. a maximum charge of 100 kilowatts in direct current, on a fast charger, which in theory allows charging from zero to 80% in 30 minutes. This is a maximum that is usually reached a few seconds after the start of the charge, but not at the end of the battery.

A concrete test, done by a clean car, suggests an average charge of 67 kilowatts. At home or on small public charging stations, it is possible to recharge with alternating current.

The e-2008 is delivered with a charger that allows a power of 7.4 kilowatts, and as an option, it is possible to have another charger that goes up to 11 kilowatts, on a simple plug at home, it takes about 17 hours of charge, with the 7.4-kilowatt terminal it goes down to 8 hours of recharge, and it takes 5 hours 15, with 11 kilowatts. 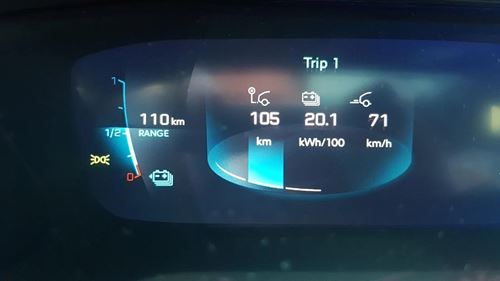 It’s a 136-horsepower permanent magnet synchronous electric motor with up to 260 newton-meters of torque that drives this e-2008, and its 50-kilowatt-hour battery, over a range of 320 km, in the WLTP cycle, the maximum speed of this electric SUV is 250 km per hour. 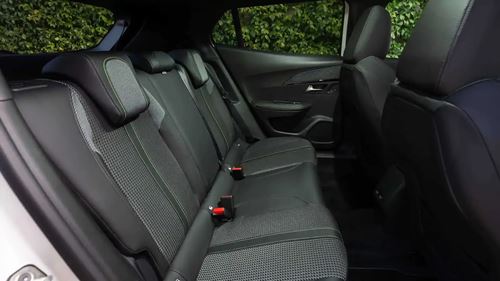 Peugeot didn’t want to make this compact SUV a road SUV but an urban one, another point that doesn’t help if you want to go on holiday, or at the weekend, a little far away the Peugeot e-2008 doesn’t integrate a trip planner with recharging stations that are displayed on your road, it’s a shame but you have to use the “free to move services” application, available under subscription from 3 to 6 euros per month an application that will then send the trip with the planned recharging stops to the car’s systems.

A second application delivered with the e-2008, called My Peugeot, connects to the vehicle in 3G, to find out the vehicle’s charge status in real-time, its geographical position, schedule an appointment, or adjust the temperature of the passenger compartment.

In terms of driving, the Peugeot e-2008, like the e-208, is more pleasant than the thermal version, stable in the bends, thanks to the center of gravity lowered by the heavy batteries under the floor, and its suspension and responsiveness make you forget that it weighs a tonne and a half.

As on the e-208, several driving modes are available, including the Eco, sport, and the famous B-mode, which allows you to activate the regenerative brake, a double advantage, or its B-mode, save the brakes and increase the range thanks to energy recovery during braking. The electric motor once again allows better acceleration and pleasant silence. 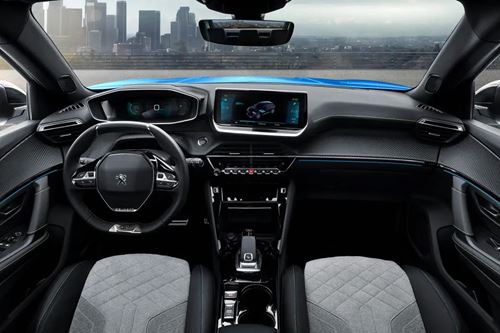 Equipped with the new Peugeot i-Cockpit®, the SUV 3008, invites you to discover a 100% digital world, with an 8″ capacitive touch screen, a configurable and customizable head-up display, surmounted by a compact steering wheel with integrated controls, and electrified automatic transmission control.

In this resolutely high-tech setting, the configurable and customizable 12.3″ head-up display panel displays all the information essential to your journey before your eyes.

The battery is guaranteed for 8 years, or 160 thousand kilometers, should it fall below 70% of its initial capacity.  The Peugeot e-2008, electric is sold from 37,100 euros.
The e-2008 seems like a good choice if you mainly drive in the city and want a compact SUV, its price is on par with the competition, and it’s more pleasant to drive than these thermals.
However, if you’re planning a long-distance trip, going on vacation, or going away for the weekend, this is not the model to turn to.

Will tomorrow’s car be electric?