The Ecological Impacts of Digital Technology

There are a lot of preconceived ideas and misconceptions on the subject of “Digital Pollution“, we often underestimate the impact of digital technology on the environment, that’s why it is important to inform you and make you aware of digital pollution.

Today, we can do everything thanks to digital, watch a whole weekend without stopping, streaming movies and series, listen to music from a catalog of millions of titles, store our thousands of photos in the Cloud, buy online, pay our taxes, and generally speaking, access many online public services, etc..

The concept of digital pollution

It may seem trivial from an individual point of view, but imagine that on a global scale we generate more than 3 trillion bytes of data every day or 3 billion bytes of data, and this trend is becoming even more pronounced with the ever-increasing consumption of data with the Big Data phenomenon.

Yet all this data circulation and processing requires terminal equipment, such as our tablet smartphones, computers, televisions, or personal assistants, but also equipment invisible to the general public, such as servers, storage space, cables, routers, etc.

Not forgetting the world of IoT, or the Internet of Things, where everyday objects are gradually becoming all connected: connected watches, autonomous cars, connected fridges, connected light bulbs, etc.

The ecological impact of digital pollution

This is all very material, and the ecological impact is not only very real but also consequential since digital technology already consumes 10% of the world’s electricity consumption or the equivalent of 100 nuclear reactors.

If the Internet were a country, it would be the third-largest consumer of electricity in the world after China, and the United States, this energy production will lead to greenhouse gas emissions, which contribute to global warming.

In fact, digital technology accounts for nearly 5% of global greenhouse gases, much more than air transport.

Secondly, and this is much less well known, digital technology is very greedy for rare metals, such as cobalt or tungsten, and for rare earth, such as dysprosium, neodymium or praseodymium.

These raw materials are indispensable for the manufacture of electric vehicles, batteries, smartphones, servers, computers, etc.

The problem is that there is a real risk of depletion of the existing reserves of its non-renewable resources.

For example, a smartphone requires about 60 different metals, whereas only about 20 are recyclable, not to mention the fact that the processing of these rare metals, and its rare-earth, causes water, soil and air pollution near the extraction and refining sites of these raw materials.

There is, therefore, pollution during the manufacturing stage of computer equipment, with the massive consumption of non-renewable resources, but also during the use of this equipment, of course, with energy consumption and greenhouse gas emissions, and at the end of its life with the management and recycling of electrical and electronic waste.

All this shows that digital technology pollutes throughout the entire life cycle of equipment, and not only during the use phase, which is often the only phase visible to the general public, and there are real ecological issues during the design phase and at the end of the life of digital technologies. 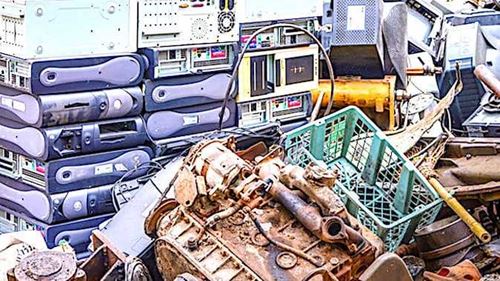 For example, to manufacture a computer, the equivalent of 100 times its weight in raw materials is needed for recycling in Europe. Barely 20% of the metals present in our laptops are recovered, and a large part of the equipment at the end of its life ends up piled up in wild dumps, often in Africa or Asia, before being buried or burned.

digital dematerialization in the cloud

However, we could say that digital technology offers a more ecological approach, especially with the dematerialization of our activities, which was the initial promise of digital technology, more paperwork, more CDs and generally more physical supports… except that there has been what is called a “rebound effect”, i.e. the availability of services in the cloud, in an almost infinite way and accessible anywhere and anytime, has favored over-consumption of these services.

Thus, every minute in the world, there are more than 700,000 songs streamed on Spotify, more than 3 million searches on Google, more than 50,000 photos posted on Instagram, more than 4 million videos viewed on Youtube, the use of digital services, is, therefore, growing faster than the environmental benefit.

Let’s take the example of email, more than 12 billion emails are sent every hour worldwide, which is the electrical production of 18 nuclear power plants for one hour, while more than 80% of the emails received are never opened, which questions the relevance of our mailings.

The main factors of “digital pollution

In order to better understand this digital pollution, we need to know that there are three categories of digital equipment: first of all, there is the terminal equipment, close to the users, such as computers, telephones and televisions, and all the connected objects.

Secondly, we have the network infrastructures, which are the information highways, and as their names indicate, they transport our data between the terminal equipment and the data centers.

These network infrastructures are made up of millions of kilometers of tunnels, fiber optic pipes, relay antennas, routers, and submarine cables.

Finally, we have the famous data centers, which host the services you use on the Internet, whether it’s your photos on Instagram, emails, Youtube videos, Netflix movies, etc.

These data centers are designed to run 24/24 7/7, which requires a lot of electricity to power them, the datacenters consume each day the equivalent of a European city of more than 30,000 inhabitants, and as these data centers run continuously, the equipment gives off a lot of heat, so they must be cooled constantly with very powerful air conditioning systems that consume a lot of water.

Finally, the equipment housed in the data centers, such as servers or disks, also requires rare metals for their manufacture. 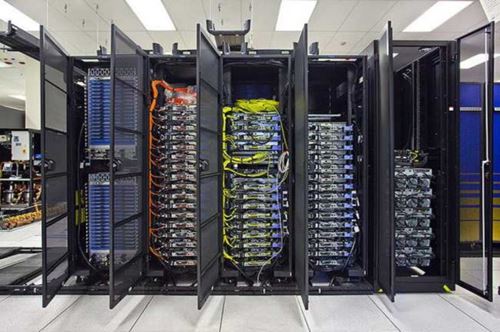 So, who do you think pollutes the most between users, network infrastructures, and data centers? Well, contrary to popular belief, it is not the datacenters that pollute the most! Half of the greenhouse gases produced by the Internet comes from the user, the other half being divided between the network and the datacenters.

We still have more than 4 billion people using 34 billion pieces of digital equipment, and as we have seen, to make our computers, smartphones, and other devices, we need an enormous amount of non-renewable natural resources, which are then transformed with highly polluting extraction and refining methods.

At the end of life too, the figures are bad, since around 80% of waste electrical and electronic equipment does not follow a recycling route, and our over-consumption of digital technology contributes enormously to the environmental burden.

Let’s take the example of a web service that has become harmless, but which pollutes enormously: video streaming.

Video streaming alone accounts for one-fifth of greenhouse gas emissions, due in particular to on-demand videos like Netflix and youtube videos.

So a video like Gangnam Style watched more than three billion times, consumed the equivalent of the annual output of a small power plant, watching a one-hour episode of your series on a smartphone corresponds in terms of energy consumption to a refrigerator running for a year, and watching a high-definition movie in streaming, emits as many greenhouse gases as making, transporting and playing a DVD.

Finally, the growth of the web is such that it constitutes a real environmental challenge for the years to come! And it is in the face of this observation that it is urgent to think about sustainable and eco-responsible computing.