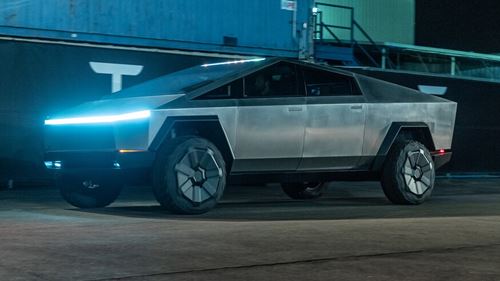 Tesla CEO Elon Musk unveiled the company’s first electric pickup, also known as a Cybertruck, at an event in Los Angeles, California. The truck will be available in three versions with 250 km, 300 km, and 500 km respectively. And it will start at $39,900, Musk said.

The truck will not leave the assembly line until late 2021, but you can pre-order from Tesla.

Tesla has expanded electric passenger cars with the Model S and Model 3 sedans and the Model X crossover. It’s now moving into one of the most important segments of the moment: pickup trucks.

At a strange event in Los Angeles, Elon Musk presented the Tesla Cybertruck, the brand’s first truck. This will face the future EV pickups from Ford and GM, as well as the new kids in the neighborhood, Rivian.

Musk said at the revelation that “we need something different” from today’s pickup trucks. And yes, that’s certainly the case here.

The CEO said the truck uses a “monoplane” design with a “heavy-duty stainless steel” body, reminiscent of the DeLorean DMC-12.

Tesla’s design chief, Franz Vol Holzhausesn, even hit the Cybertruck on stage with a hammer to demonstrate the strength of his body. “You want a really tough truck. Not wrong,” said Musk. And he said it was bulletproof for a 9mm handgun.

Always at the forefront, Musk put the truck to the test to demonstrate its toughness. He had Franz von Holzhausen, Tesla’s chief designer, pound the truck door several times with a sledgehammer, claiming it was virtually bulletproof and showed the winning truck an arm wrestle with a Ford F150 and a drag race with a Porsche 911. 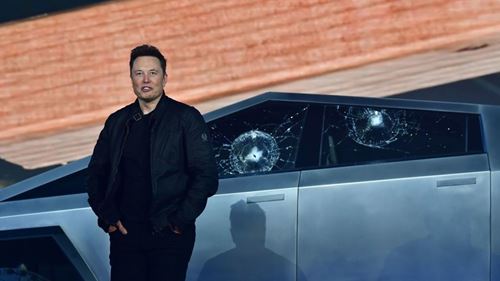 However, when he tried to show how unbreakable “armored” glass was, things went wrong. A metal bullet thrown by von Holzhausen shattered both windows of the truck. “We’ll fix the problem later,” Musk joked.

Musk said the truck will be equipped with adaptive air suspension and adaptive shock absorbers as standard with adjustable ride height. He says it will offer up to 16 inches of ground clearance, a 35-degree approach angle and a 28-degree departure angle. The bed is 2 meters long, and the truck has a payload capacity of up to 1,590 kilograms and a towing capacity of 6,350 kilograms. 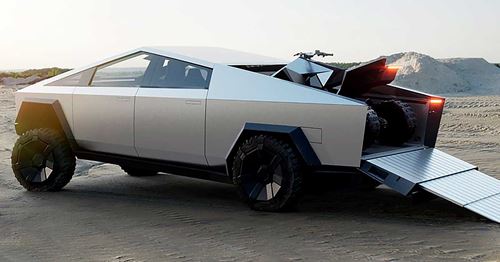 There are three versions of the truck available: 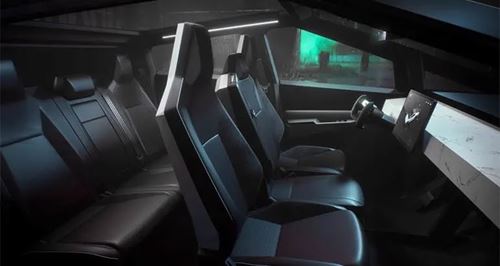 Copy-paste the Model 3 inside

Inside this Cybertruck, it’s more of a Tesla classic, since the dashboard is almost identical to the Model 3’s, with only the steering wheel and large touch screen visible. Slight subtlety: both front and back, a third seat allows you to increase the pickup’s capacity to six people.

The truck can accommodate a total of six adults.

It was a rather awkward moment when Elon Musk confidently asked Tesla’s head of design, Franz von Holshausen, to break the Cybertruck’s “unbreakable” glass during a launch demonstration.

Musk decided not to run away from the incident – largely, I guess because it was all about social media – and instead decided to make a joke on Twitter about it.

He tweeted: “Franz throws a steel ball at the Cybertruck window just before it launches. So we have some improvements to make before the haha production.”

This “haha” at the end has a tweeting sound, is a bit disturbing coming from the founder of several technology companies. This guy sent a Tesla car into space, remember.

But now he also explained what really happened, after responding to a fan on Twitter.

He wrote, “The impact with the Sledgehammer on the door cracked the base of the glass, which is why the steel ball didn’t bounce, I should have hit the door with the hammer first, then the steel ball on the window, Next time.”