Shadow is a cloud computing service for gamers. For a monthly subscription, you can access a gaming PC in a data center near you. Compared to other cloud gaming services, Shadow provides a complete instance of Windows 10. You can install anything you want, Steam, Photoshop or Word.

Shadow is a cloud gaming service that gives you virtual access to a massive computing platform. Simply put, Shadow broadcasts a virtual machine to your devices.

You simply control a high-end PC without owning one. How high-end? When you use Shadow, you have access to a Windows 10 PC with the following specifications: Eight-threaded Intel Xeon processor, Nvidia Quadro P5000 GPU / GTX 1080 graphics card, 12GB RAM and a 256GB SSD disk.

The GPU gives you performance equivalent to that of the Nvidia GTX 1080, and 12GB of RAM is enough to handle the most demanding AAA titles. The Intel Xeon processor is a processor specially designed for intensive functions, such as server hosting.

When you play Shadow, you always have access to all the processing power of this high-end platform.

Essentially, it is designed to scale with the number of users, so your performance is not affected.

Support for your game library

As mentioned, Shadow is more a cloud computing than a dedicated game streaming service. This means that when you start it for the first time, you customize your Windows experience just as you would at home. Then you download the clients for the game you’re using, whether it’s Steam, Origin, or Epic Games Store.

Your existing games linked to your different accounts will work with Shadow, but to play new games, you need to purchase them as you normally would. With this feature, you have an extensive library of games on your very powerful virtual machine. 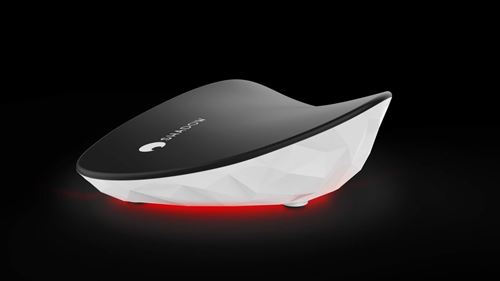 Although Shadow is primarily a service, Blade has optional equipment. The Shadow Ghost, an advanced version of the Shadow Box, released earlier this year for $150. With its sleek, curved design, the Shadow Ghost is sure to stand out in your entertainment center. What’s the appeal of Shadow Ghost?

Basically, it comes down to your personal preferences. It’s unlikely that you don’t already own a device that supports Shadow, but Shadow Ghost frees up those devices and allows you to play games on your TV, creating an ideal alternative for sofa playback.

One of the big advantages of Shadow is its device support. Shadow supports PC, Mac, Android, iOS and even Ubuntu. The local hardware configuration is minimal and largely concerns the operating system.

To use the Shadow application, you must have a slightly updated software with your device. Essentially, if your device can be upgraded to the next or later versions, you should be able to use Shadow.

With Shadow, you can switch from one device to another in seconds and pick up where you left off. Google offered a demonstration of this same feature at the revelation of Stadia, but Shadow did it first. That means you can go from laptop to tablet to phone in a single gaming session, without losing your progress.

Competition is heating up

Google launches its Stadia on November 19. Microsoft is working on Project xCloud. Nvidia has its own game service on the cloud. In other words, cloud gaming has become an extremely crowded market.

Power ratio in the cloud

By way of comparison, a Google Stadia subscription costs a minimum of €9.99 per month. To enjoy the service on TV, you need to add a special controller (70 euros) and a Chromecast Ultra (80 euros). To play on a mobile, tablet or PC, a compatible controller connected in wired mode (Xbox One or DualShock 4 are recommended) and a Stadia Pro subscription is all you need.

However, at the moment the number of games offered by Stadia is very limited and you can only play on Stadia. Nothing else, it is impossible to access its catalog of Steam games, for example.

Shadow’s big argument is that since it’s a real PC, it’s possible to do everything with it. Play all the titles you own on Steam, the Epic Games Store, Uplay, Origin, etc. And not only that.

You can also work, surf, retouch, edit… in short, according to the creators of Shadow, you can do everything with their solution.

The Shadow releases the first wave of Boost offers

Shadow wants to overshadow Stadia. A few weeks ago, the first “PC gamer in the Cloud 100% Made in France” unveiled its new offers for February 2020.

However, with the arrival of Google’s cloud gaming service, the French start-up anticipates the launch of one of the three solutions it plans to offer next year.

The start-up is moving away from a single configuration to offer three different plans. In February 2020, customers will be able to choose between three plans: Boost, Ultra, and Infinite. 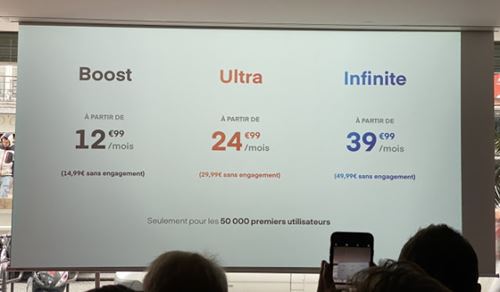 You get the lowest price with annual subscriptions.

Apple, AirPods Pro review, All you need to know

Why TVs Are Getting Smarter And Smarter