Never use your mouse again! 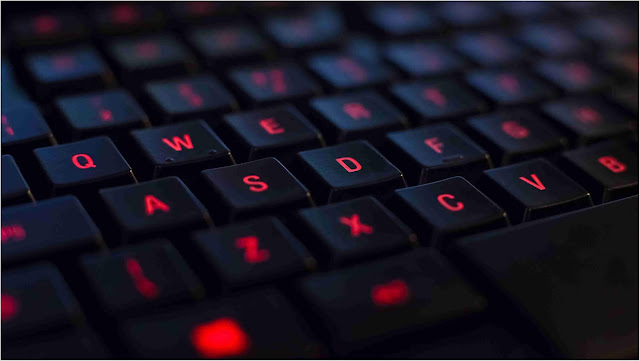 Even though a mouse makes things easier to navigate and interact, I like to do things with the keyboard as much as possible. Why? So that I can be much faster and avoid moving my hand constantly to use the mouse. If your a keyboard user too then you will love these keyboard shortcuts. Here’s a handy list of the most useful keyboard shortcuts for navigating Windows 10. You might also find it useful to know how to open programs with keyboard shortcuts in Windows 10.


1. ⊞  + D – Mac users may talk about how their fancy mouse-enabled Hot Corners let them glimpse at the desktop without closing anything, but this shortcut lets you do just the same. Press it to toggle between the desktop and all the windows you have open. Be warned that if you interact with the desktop after pressing the shortcut, then you can’t use it again to un-minimize the windows and will need to maximize them again manually.

2. Alt  + Tab     – The classic window-switching shortcut gives a nice thumbnail preview of each window. Keep pressing the shortcut to toggle through the windows, then release it when you’ve highlighted the window you want.

3. Ctrl  + Alt  + Tab     – This quick shortcut lets you see all the apps that are currently opened on your desktop. It looks like Alt + Tab at a glance, but it doesn’t disappear when you let the keys go, and you can patiently select or close any window in the preview using the keyboard or mouse.

4. ⊞  + Ctrl + D  – The addition of Virtual Desktops is one of the best things to happen to Windows 10. Using this quick keyboard shortcut, you can create and open a new virtual desktop.

6. ⊞  + Ctrl +  F4  – You can use this shortcut to quickly close a virtual desktop. Don’t worry – any opened programs in the virtual desktop will be transferred to the main desktop workspace.

7. ⊞  + Tab     – This shortcut lets you access the new Task View feature in Windows 10 which displays all your opened programs and your virtual desktops.

8. ⊞  + Arrow Keys – Window snapping has been greatly improved in Windows 10. You can use the ⊞  + Arrow Keys shortcut to quickly snap windows to any corner of your screen. Left and Right arrows snap the window to those sides of the screen, while Up and Down arrows snap windows to corners. Pressing ⊞  + Up or Down twice will make a window go full-screen or minimize respectively.

10. ⊞  +  I  – Using this simple shortcut you can quickly open the All Settings window. Since Microsoft is slowly unifying all the control panel items with the modern Settings app, this is one of the most useful shortcuts of Windows 10.

11. ⊞  +  A   – One of the best things about Windows 10 is the Focus Assist (formerly known as Action Center). Using the keyboard shortcut Win + A, you can easily open and see all the current notifications in the panel. There is no need to click on that small icon on the taskbar.

12. ⊞  + S  – Search/Cortana, which acts as a personal digital assistant, is one of the biggest additions in Windows 10. To quickly launch Cortana, you can use this keyboard shortcut. When you do, Cortana launches in the keyboard input mode which simply means that you can type in your search query, and Cortana will search for it both in your PC and on the Web.


14. ⊞  + G  – Game DVR is one of the lesser-known tools, but it is one of the best video capture tools added to Windows 10. Using this handy shortcut, you can quickly open the Game DVR tool and start recording. Though this tool is particularly aimed at gamers, it can also be used to quickly record other programs. However, you cannot record the entire screen, just a single program window.

16. ⊞  + Alt  + R  – After starting the Game DVR, you can use this quick shortcut to stop recording the activity in the current program or game window. 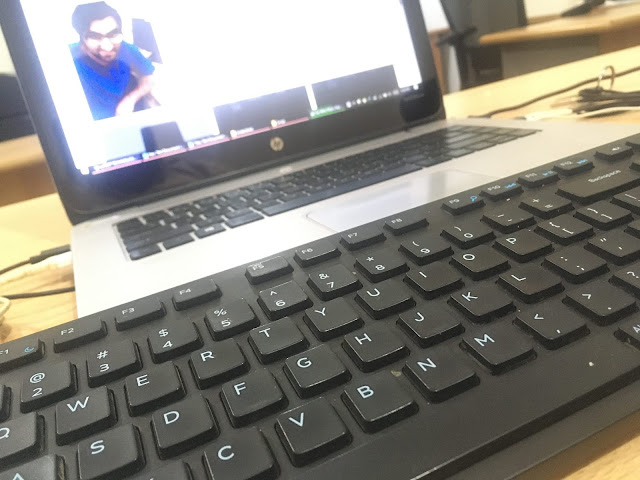 ⊞  + T : Cycle through the apps (including pinned apps) on the taskbar.

⊞  +  Home : Minimize all windows except the selected or currently active window.

⊞  + Shift       + Up arrow: Maximizes the active window vertically while maintaining its width.

⊞  + Ctrl  + Right arrow: Move to the next virtual desktop (to the right)

⊞  + Ctrl  + Left arrow: Move to the previous virtual desktop (to the left).

⊞  + Print Screen: Take a screenshot of the entire desktop and save it to the Screenshots folder in the Pictures folder.

If you think I missed any Windows 10 specific keyboard shortcuts, do share them in the comments below.