For a short time the Shield TV Pro, a small cylindrical base version and accessories were available from dealers: Nvidia has installed a more economical chip that supports Dolby Vision for HDR and 4K upsampling. 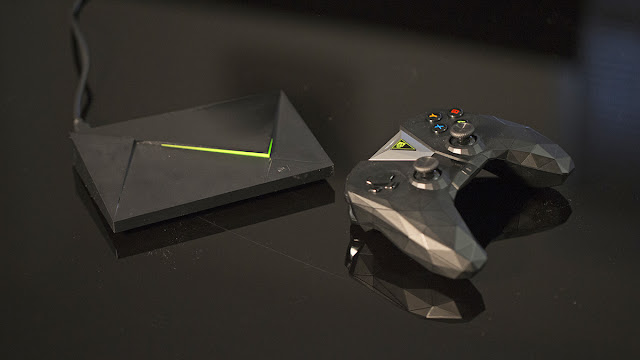 After the devices have been repeatedly appearing for months at US regulatory agencies, with Amazon and Newegg two dealers have shown inadvertently coming streaming consoles: The pre-order pages list all the details of the Shield TV Pro, a compact and round regular Shield TV and the new remote control.

The Shield TV Pro has the well-known flat design, in addition to two USB 3.0 ports, there are still HDMI 2.0 and Gigabit Ethernet. The console supports ac-WLAN and Bluetooth 5, also installed Nvidia revised hardware: The flash memory is 16 GB, the RAM has 3 GB. As a chip, Nvidia soldered the more economical and faster Tegra X1 + aka Mariko, known from Nintendo’s Switch Lite (test). The SoC dominated 4K Upscaling and Dolby Vision instead of only HDR10, apparently both are retrofitted by firmware. 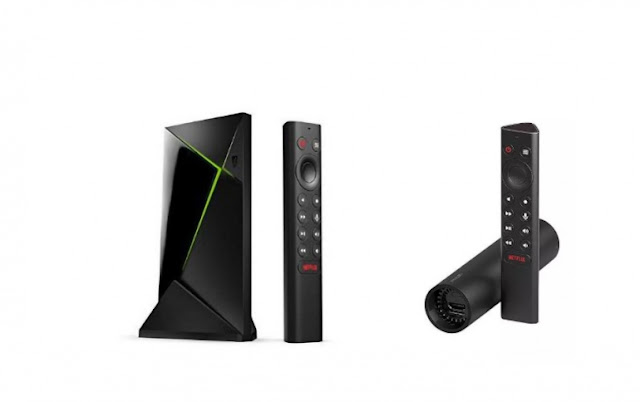 In addition to the Shield TV Pro Nvidia plans a regular Shield TV in a cylindrical shape. The two USB ports are missing, but there is a micro SD card reader. The Tegra X1 + is available, but the RAM is reduced to 8 GB. Nvidia adds a triangular remote with illuminated buttons to both streaming consoles; it has a microphone for the Google Assistant and an IR blaster to control other devices. The price of the remote control is unknown, the Shield TVs cost around $ 200 before taxes.

Nvidia had released the first Shield TV (test) in autumn 2015, followed by a smaller version in early 2017. Both devices run on Android TV, with Nvidia regularly releasing updates and, for example, integrating the Google Assistant. In front of the Shield TVs, there was a Shield Tablet and a Shield Portable.