For participation in mini-game volunteers were given a coupon for $ 5. That this was a face scan on behalf of Google, they were hiding. With the scans, a new function for the Pixel 4 is to be realized. 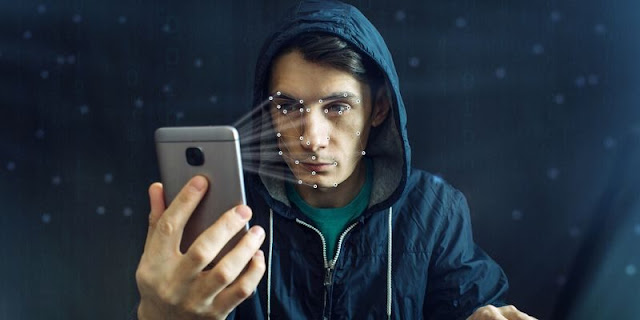 On October 14, 2019 Google’s new smartphone Pixel 4 appear. The phone should also be unlocked with the face of the user – for this to work, Google has commissioned a company to build in a “field trial” a database of 3D face scans. The company is said to have worked with unfair methods, reports The New York Daily News. In response to reporting, Google has completed the controversial field trial.

They wanted to look for homeless people and students, especially those with dark skin, according to several Randstad employees employed as temporary workers in Google’s controversial field trial. Their face was to be scanned for as diverse as possible face database – it was the volunteer participants often not at all clear that a 3D scan of their face was performed. In the end, the participants received a coupon for 5 US dollars.

Randstad’s staff have been told to cover up the fact that the face is being scanned. They were explicitly told to lie to increase the number of scanned faces. For example, they should present the face scan as a mini-games or “selfie game” as in Snapchat. They should include phrases like “Just play with the phone for a few minutes and get a coupon” or “We have a new app, try it out and get 5 dollars” say. The temporary workers of Randstad employees were told to hide the fact that the user’s face is taken. Also on-demand, they should deny that pictures or videos were taken.

Rather, they overwhelmed the subjects by infecting them with information and encouraging them to quickly click buttons or look left or right. One goal was to keep the participants from reading the consent form, reports one employee.

The agreement grants Google an extensive, worldwide right to use facial scanning: There was no limit to how long Google’s data could be kept. They would be kept as long as necessary, which would probably be five years, the statement said. The Statement also allows “non-personal identifiable or collected data to be stored, used or shared without restriction for any purpose” and that the data could be processed “outside the country”, including places “where you may have fewer rights”, reports The New York Daily News.

There was no question of a facial scan
“We had to follow a point with the nose,” said an 18-year-old student who had participated in the trial. Some students were asked if they wanted to take a survey or test an Android phone. From a face, a scan was not mentioned.

A Google spokesperson said that the company is gathering data through field research to build its face recognition capability “with robust security and performance .” “Our goal, in this case was to make sure that we have a fair and secure function that works across different skin tones and facial shapes,” Google told The New York Times. Google managers are also said to have been involved in Randstad’s telephone conferences regularly, covering many aspects of data collection and review, including the mandate to pursue “darker skin tones,” a former employee said.