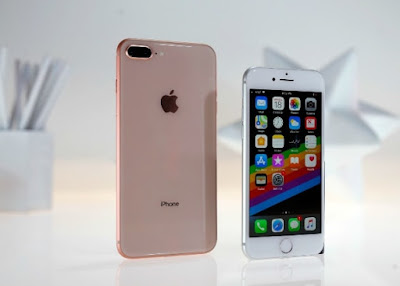 In the midst of an increasingly intense legal battle with Qualcomm, Apple is designing iPhone and iPad without chipsets made by Qualcomm, as reported from the pages of The Wall Street Journal. Instead, Apple is eyeing modem chips from Intel and MediaTek in lieu of Qualcomm. They added that Qualcomm has withheld software for testing in Apple’s flagship prototype device, which is likely to further damage the relationship between the two companies.

This is because, Apple disputes about royalty payments. The relationship between Qualcomm and Apple is said to have suffered a rift.

From Engadget sources, after Apple confirmed, now Qualcomm provides related information, George Davis, Qualcomm CFO in a teleconference after the announcement of the latest financial report revealed, Apple intends to only use (chip) modems from competitors without modems from Qualcomm, on the next iPhone which is most likely to use products from Intel.

According to information, Intel will be the exclusive supplier for the iPhone line because it is able to meet the technical requirements requested by Apple and offer more competitive prices. Intel’s network chips are expected to also support dual SIM and dual standby although there is no concrete evidence that future generations of iPhone will support these features.

Whatsapp Business coming soon in your iPhone, this is a minimum Requirement