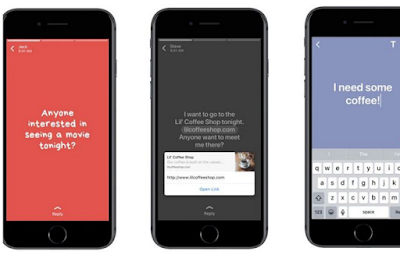 WhatsApp status comes to a new feature that allows users to embed text with colorful backgrounds. This feature was first released on Facebook in December 2016.

Users can select the font, background color, and embedding links. It becomes profane that this function can add user options to expression in WhatsApp.

For WhatsApp users who are beta testers known as beta testers, this colorful status feature can actually be tested since the beginning of this month.

The general public gets the official version from now Tuesday (22.08.2017), gradually. You can update the app in the Google Play Store or Apple App Store.

Before the short news service has video and photo status as Snapchat. Users can take photos and videos from specific moments and take up to 24 hours.

Services under the auspices of Facebook, the WhatsApp and Instagram, will incorporate uniforms that will feature Snapchat features. Ironically, the cheat function is even more sellable.

At present, not only do 250 million people use the status WhatsApp every day. These days, the number of daily active users has largely exceeded 1 billion.