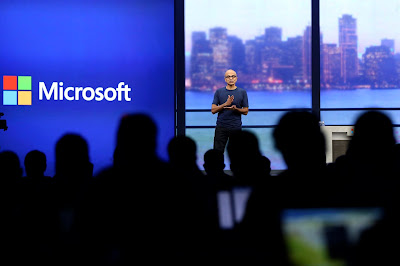 Microsoft canceled the Project Astoria which should aim to move a number of Android apps to Windows 10. Astoria Project announced the Microsoft Build conference in 2015 ago. In the same event, Microsoft also said it is running another project named Islandwood with the aim of moving the application iOS to Windows 10.

But now, the software giant had difficulty running two projects with similar objectives.

So, they decided to stop one of them. Fell into the selection of Project Astoria, while Project Islandwood keep running.

“We received a lot of advice that says that running two Bridges technology to modify the code of the mobile operating system is an act of futility,” said VP of Microsoft’s Windows Developer Platform Kevin Gallo in the official Windows blog.

“Now we have chosen to focus on Windows Bridge for iOS. The app developer who wants to explore the problem of Android Bridge to Bridge Windows could see iOS or Xamarin as a solution,” he added.

Besides about modification project of this coding, Microsoft also recently announced the acquisition of mobile application developers Xamarin. The move aims to facilitate the acquisition of the software giant made a coding application that can be used Windows, iOS and Android without losing the original flavor of each system.