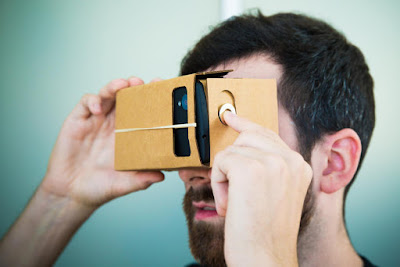 Google’s interest will be the technology of virtual reality (VR) has become common knowledge. The Internet giant is also reportedly will release a virtual reality headset year 2016. Interest in Google Talk will be virtual reality is already attested by releasing Cardboard in 2014. However, when compared with competitor devices, cardboard boxes belonging to Google it does nothing.

Seeing the competition heats up, Google was stifling. In January 2016 the company is based in Mountain View, United States of America is directly formed a division that focuses deal with virtual reality.

The establishment of a special division of virtual reality Google raises speculation related to the new virtual reality devices. A source from Google said that the company could release a virtual reality headset device itself in 2016. Unfortunately the source does not mention timetable.

However, such a device is not intended to compete with the Oculus Rift, but rather the Samsung Gear VR. This means that users need mobile phones to power virtual reality headset hers, not like the Oculus Rift which already has its own screen and sensors.

By doing so, of what was said by the source concluded that this is similar to Cardboard. It’s just a bit of leveling up, which formerly cardboard may later be level with Samsung Gear VR.