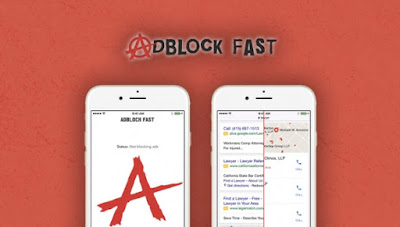 Ad blocking applications (adblock) Samsung did not last long in the Google Play Store. Newly released a few days ago, called Adblock Fast application is not already visible on the Android application store.

Having examined further, it turns out applications in collaboration with a startup company called Samsung Apps rocketship is deliberately removed by Google.

According to Brian Kennish, a developer in rocketship, Google argued that Adblock Fast violate rule number 4.4 of the Developer Distribution Agreement. The core of the regulation, Google prohibits the application or plug-in Play Store that is able to “interfere” devices, services and networks of third parties.

“I have been me-Review Adblock Fast, com.rocketshipapps.adblockfast, and found that this application violates section 4.4 of the Developer Distribution Agreement. This particular application has been disabled for violating the rules,” wrote Google to rocketship.

Is not clear which part of the application is deemed intrusive third party. Google itself has admitted that it had indeed remove Adblock Fast from the Google Play store. Even so, the Internet giant is reluctant to disclose the exact reason behind such policies.

Various assumptions were emerging after the incident. Many believe that Google actually does not want any applications that block ads on Android. The reason, one of Google’s large revenue is derived from advertising. Interestingly, after Adblock Fast removed from the Play Store, adblock other emerging applications. Two of them were Crystal and Adblock Plus.

Two such applications are still present in the Play Store. It is not known whether Google has not been aware of the existence of both or just Adblock Fast in violation of certain rules.