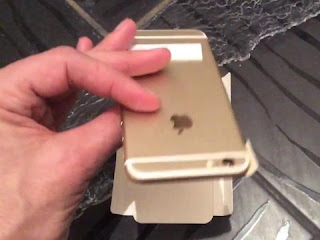 Approaching the time of launch, the iPhone 7C begin to manifest themselves. A video circulating in cyberspace uncover the real look of Apple’s brand-new phone.

Video duration of 40 seconds are uploaded by MIC Gadget to your YouTube account. Without narration, it shows the whole shape of the device is believed to be the iPhone 7C Gold variant.

MIC Gadget explain the display of the mobile phone is one of the first demo unit made by Foxconn. So they can not be sure whether the design is what ultimately chosen by Apple.

But sources inside Foxconn said it will start mass producing 7C iPhone this month. So as to meet the target in March or April began to be marketed. Previously had circulated news about the specifications that will be brought iPhone 7C. Mentioned this phone will be embedded Apple A9 processor, which combined 2 GB of RAM.

There is no information about the camera, but he said the iPhone 7C will not miss any of the security features in the iPhone 6S, the 3D Touch. But it seems Apple would remain buried and support Apple’s Touch ID Pay, considering Apple itself is expanding the reach of these services in the United States.

While the matter of price, a source launch Cupertino company, the United States will interpret the price in the range starting from USD 400.