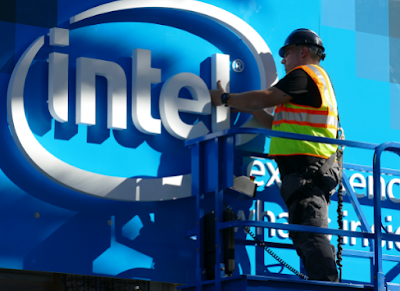 The rapid growth and huge potential of the tablet computer and smartphone industry has made various chip – making companies flock to this industry. One of them is the world’s largest computer chip maker , Intel.

Give chip pricescheap ones and subsidies to OEMs are one of the marketing methods provided by Intel. The subsidy is offered to ‘replace’ the cost of redesigning the motherboard to match Intel’s chipset .

According to Stacy Rasgon, analyst at Bernstein Research, the value of subsidies provided by Intel is estimated to reach US $ 51 per tablet. This amount is quite large, especially on Intel’s low-end class Android tablets .

As a result, Intel suffered a loss of US $ 3 billion in the mobile chip industry in 2013. Joseph Moore as an analyst from Morgan Stanley also predicts that losses will increase to US $ 4 billion throughout 2014.

The total losses borne by Intel amounted to US $ 7 billion, in order to develop in the mobile device market is considered sufficient for Intel. The company is predicted to be able to stop its subsidies in 2015 in order to reduce losses suffered by the company’s finances.

“We predict that stopping the tablet subsidy by Intel in stages during 2015 will reduce losses, but can blunt the company’s momentum in the tablet market significantly,” Joseph Moore was quoted as saying by Ubergizmo .

Moore also revealed, companies need large profits or large-scale cost cuts to eliminate losses as a result of subsidies. “We have not seen a definite plan,” Moore added.

The most important thing is the elimination of subsidies made by Intel will have an impact on consumers. The price of an Intel-powered mid-class tablet that was priced cheap is likely to be boosted.

Nokia phone P1 Would present at the MWC Barcelona?